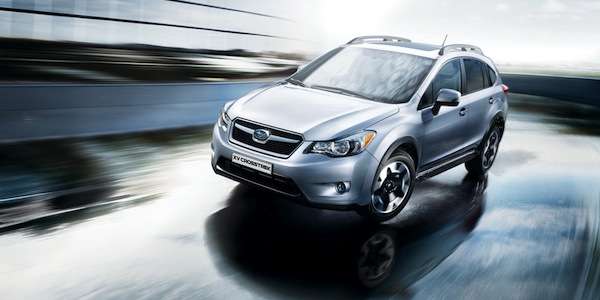 Which multi-use vehicle would you buy if you were a Canadian?

The 2014 Subaru XV Crosstrek and 2014 Forester sales are surging in Canada. Which multi-use vehicle would you buy?
Advertisement

Subaru is growing like crazy in Canada and the XV Crosstrek could pass the new Subaru Forester in sales. Forester has been the leader in sales for Subaru around the globe, but the new XV crossover is gaining ground on the popular SUV. The XV Crosstrek saw a 29.2 percent sale jump in March over the previous year while the Forester grew 13.3 percent over last year.

Subaru Canada has tallied three consecutive record months, reporting a first-quarter increase with sales up 20 percent year to date. March results are up 11.5 percent as month after month of continued growth leads Subaru Canada towards another banner year for 2014. And Forester and now XV Crosstrek are leading the way.

XV Crosstrek achieved its best March ever with 611 new units of the compact crossover on Canadian roads last month, a 29.2 percent increase over the same month last year. As the volume leader for March, Forester sales boosted monthly results with 1,136 units sold, up 13.3 percent for its best March on record. Subaru Canada says Tribeca, Legacy and Outback also contributed to their sales growth with increases of 50.0, 41.1 and 18.2 percent, respectively.

Shiro Ohta, president and CEO of Subaru Canada, Inc. said, "Subaru Canada continues to break new ground and capture more and more of a competitive market. Continuing to set new records requires a winning combination of dealer dedication as well as the ability to satisfy customers. The four pillars of the Subaru brand - safety, versatility, performance and durability - allow us to meet the needs of the market with enhanced product."

The new five-door 2014 Subaru XV Crosstrek is based on the Impreza hatchback, but comes with a more rugged off-road chassis with 8.7 inches of ground clearance, larger tires with 17-inch alloy wheels, larger front brakes, a larger fuel tank and special wheel arch and rocker panel cladding. The XV has the ability to be a daily commuter during the week, and an off-road trail runner on the weekends. It’s ideal for active Canadians who will use it for recreation.

The 2014 Subaru XV is now Subaru’s number two selling multi-use vehicle in the lineup in Canada. And the XV now comes in a new hybrid model. XV Crosstrek is getting more attention around the globe and we’ll see if it overtakes the Forester in 2014 in Canada.