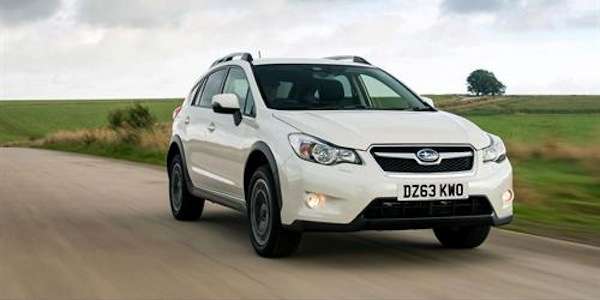 The 2014 Subaru XV launches in the UK this month with lots of improvements and refinements in ride, handling, safety and cabin quality.
Advertisement

What did Subaru do to the XV? Subaru UK says the most significant improvements to the XV are found in the petrol-engine models. The 2.0-liter models receive suspension modifications to improve ride quality and a range of new valve-train components that reduce engine noise. The XV Diesel variants get additional sound-proofing in the bulkhead to further insulate the cabin from engine noise.

Stability and feel has been improved with a revised electronic power steering system in the XV. The 2014 crossover also gets a new inflating dynamic damper system that reduces steering wheel and column vibration. Subaru engineers have fine-tuned the system to provide more weight, greater straight-line steering feel and a more linear steering response.

Subaru is a leader in safety and the new XV is improved with the addition of a thicker, reshaped front suspension lower-arm and reinforcements around the base of the A-pillar. These changes further improvement the XV’s five-star Euro NCAP crash safety performance. With a score of 90%, the XV already has one of the highest Euro NCAP scores in the industry for child protection.

On the inside, XV gets new cabin upgrades. The interior has received a number of changes to improve the overall look and feel, with the addition of the traditional blue Subaru logo on the steering wheel, higher-quality silver surrounds housing the steering wheel buttons and heater controls, and new gloss-black switches to control the car’s air-conditioning system.

Two other new features also get included in the 2014 XV. A Tire Pressure Monitoring System (TPMS) and instrument cluster Gear Shift Indicator have been added to enhance safety and driver convenience. Both will come standard on every new model in the range.

Last year, Subaru launched a new limited edition XV Black that is exclusive and unique to the UK market. And the XV 2.0-liter diesel model was just voted number 4 in the Green Car Guide top 10 list for 2014.

Green Car Guide for 4x4's was impressed with the Subaru XV diesel. They said, “Subaru has a strong track record in the area of 4x4s, with a number of World Rally Championships under its belt thanks to the Impreza. The latest Subaru XV is very competent in the rough stuff, and it can also manage 50.4mpg.”

The new 2014 Subaru XV is launching in the UK this month with lots of improvements and refinements in ride, handling, safety and cabin quality to go along with its utility and multi-use off-road capabilities.