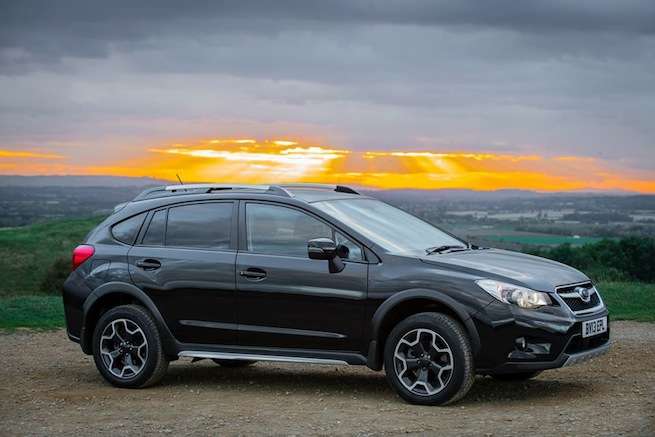 If you are looking for a safe vehicle, the Subaru brand keeps producing the safest cars on the planet. Now the 2014 Subaru XV Crosstrek and 2014 Impreza have joined the Forester, Legacy and Outback in achieving a 2013 TSP+ award. They have both been awarded a 2013 IIHS Top Safety Pick+ award for good performance in each of the Institute's crashworthiness evaluations, including the small overlap front test.

Among the current Subaru models the Institute has rated, all five 2014 models have now earned a 2013 Top Safety Pick+ award. To achieve the 2013 award, winners must earn good ratings for occupant protection in four of the five evaluations and no less than acceptable in the fifth test. 2014 Subaru XV Crosstrek and Impreza also passed with flying colors.

Subaru is the only automaker in the world with the distinction of earning IIHS Top Safety Pick awards for every model it builds and has done so four consecutive years. This is not an easy task, but Subaru has been committed to safety since the 60s when they began conducting their own tests long before there was any official testing being conducted.

Subaru has been producing the safest cars in the world, but they are not satisfied with past success. Subaru improved occupant protection in small overlap crashes by improving all of their 2014 models structurally. Beginning with their 2014 models, Subaru made changes to improve occupant protection in small overlap frontal crashes. This is a result of Subaru engineers improving the already effective ring-shaped reinforcement frame used in Subaru vehicles.

Subaru's ring-shaped reinforcement frame has been used for more than a decade and has proven very effective. Now, 2014 models have been enhanced even more to provide better protection in the structure increasing cabin rigidity and absorbing impact energy from any direction. This is the design that gives the superior protection that enables all their vehicles to keep achieving these safety awards year after year.

This is the proprietary design that has helped the 2014 Impreza and XV Crosstrek earn top honors alongside the rest of Subaru's lineup. Changes were also made in 2014 models to the curtain airbag placement along with the new structural reinforcements. "Safety is always top of mind as we aim to inspire confidence and peace of mind on every road in all conditions," said Shiro Ohta, president and CEO of Subaru Canada, Inc."

Subaru should be proud of this accomplishment and buyers can be confident in purchasing a new 2014 Subaru model and know they are driving one of the safest cars on the road. The new 2014 Subaru XV Crosstrek and 2014 Impreza now join the Forester, Legacy and Outback in achieving a 2013 IIHS TSP+ award.

LG's New EV Battery Plant Is a Welcome News for Tesla
Tesla Giga Berlin's New Hurdle: It's Not Only the Gov't, but Now Tesla Itself
END_OF_DOCUMENT_TOKEN_TO_BE_REPLACED