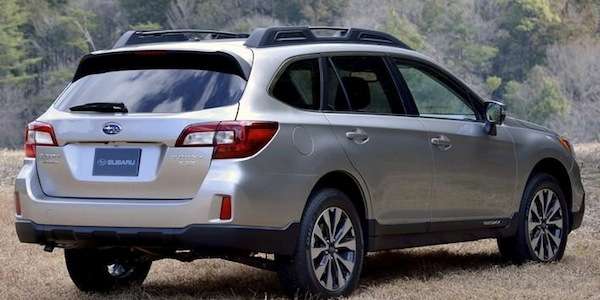 What is billionaire Warren Buffett buying? It’s a Cadillac, not a Subaru Outback

Why is Warren Buffett not buying a new 2015 Subaru Outback? The billionaire drives a Cadillac XTS.
Advertisement

Don’t look for billionaire Warren Buffett to buy a new 2015 Subaru Outback. He only buys American and drives a Cadillac. Last week, we reported that billionaire Warren Buffett was seen sitting in a new Subaru Outback and bought one for himself. It turns out that the Subaru in the image from the story we did here last week was a courtesy car provided by organizers of an Allen & Co. conference that Buffett attended in Sun Valley, Idaho on July 8. A story in Forbes yesterday cleared up the mystery and we find out now that Buffett was “flabbergasted” by all the attention he received from the story that was originally was reported by Autoevolution.com.

As reported in the Forbes story yesterday, Buffett said the story was wrong and that he has never even driven a Subaru, let alone own one. But on that day at the conference, he was sitting in the passenger seat waiting for his daughter who went inside to get their room keys and credentials. Buffett told Forbes, “I’ve never driven a Subaru in my life. I stayed in the car and someone snapped that picture.”

It seems that Warren Buffett is a GM fan and it makes perfect sense as his company Berkshire Hathaway owns 30 million shares of General Motors. Buffett bought a Cadillac DTS in 2006 and says he “only drives about 3,500 miles a year or so.” Buffett doesn’t buy new cars very often and he now drives a Cadillac XTS after being convinced by a GM executive that a new model was much better than his older version. He was convinced to make the switch even though his DTS only had 19,000 miles on the clock. He then donated the slightly used Caddy to a non-profit organization called Girls Inc.

Buffett won’t be buying a Subaru

The 2015 Subaru Outback is American made and being produced in Subaru’s plant in Indiana, but don’t look for billionaire Warren Buffett to be buying one. The Subaru brand does have a lot of the same core values that Buffett has, like going to work everyday, creating a niche market, not deviating from your plan and doing it better than anyone else on the planet. Sounds like a good plan for anyone who wants to be a successful investor like Buffett.

We can learn from Buffett and Subaru

The Subaru brand is defying industry odds just like Buffett has done over the years with Berkshire Hathaway. The all-new fifth-generation 2015 Outback wagon rolls off the assembly line in Lafayette Indiana and is the latest example of what Subaru does best. They build great multi-purpose all-wheel-drive vehicles. We could all learn a lesson from Subaru and Warren Buffett who drives a Cadillac XTS.