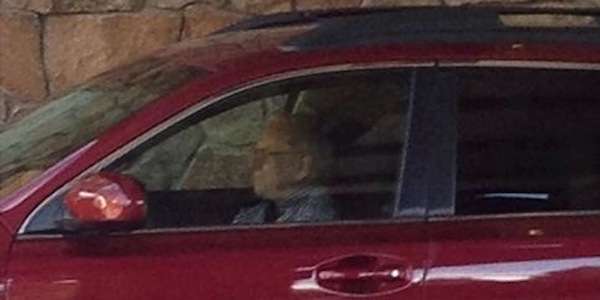 What is billionaire Warren Buffett buying? A Subaru Outback

Billionaire Warren Buffet has been seen driving a Subaru Outback. Why doesn’t he drive an expensive luxury vehicle?
Advertisement

When you are Warren Buffet, everything you do gets scrutinized and people want to know what investments he’s buying. It’s been reported by Subaru on their Facebook page that Warren Buffet was seen driving a newer Subaru Outback wagon. It was reported by Autoevolution, the Omaha billionaire was recently photographed by CNBC producer Jessica Golden as he sat in the Subaru Outback wagon.

Warren Buffett didn’t get rich by following the crowd, and he isn’t afraid to be different than everyone else. Maybe that’s why he was seen driving a newer Subaru Outback. Subaru owners are a different breed and like to get away from civilization and away from the crowds. That’s why Subaru’s multi-purpose recreation vehicles are so popular with those who have active lifestyles.

The Subaru brand fits Warren Buffets philosophy of investing and life in general. Buffett says you need to be willing to be different in order to succeed in investing. He says you shouldn’t base your decisions upon what everyone is saying or doing. Buffett was called an “oddball” by investors on Wall Street because he lived and worked in Omaha, Nebraska. And Instead of following the crowd, he looked for undervalued investments and ended up vastly beating the market average every single year.

Subaru measures themselves by their own core values and they stick to them. Buffett says the average is just that, what everybody else is doing. Buffett says, “To be above average, you need to measure yourself by the Inner Scorecard, judging yourself by your own standards and not the world's.”

Success is not measured in dollars

Subaru has chosen to remain a relatively small automaker so they can stay with the niche market that has made then successful. They could make more money, but they’ve chosen to stick with a few key vehicles. Despite his wealth, Warren Buffett does not measure success by dollars. Buffett says, "I know people who have a lot of money, and they get testimonial dinners and hospital wings named after them. But the truth is that nobody in the world loves them. When you get to my age, you'll measure your success in life by how many of the people you want to have love you, actually do love you. That's the ultimate test of how you've lived your life."

Subaru has a quirky motto, “Love, it’s what makes a Subaru a Subaru.” It sounds corny, but Subaru owners love their cars. Maybe that’s why Warren Buffett drives a newer Subaru Outback. They are a lot alike in many ways.