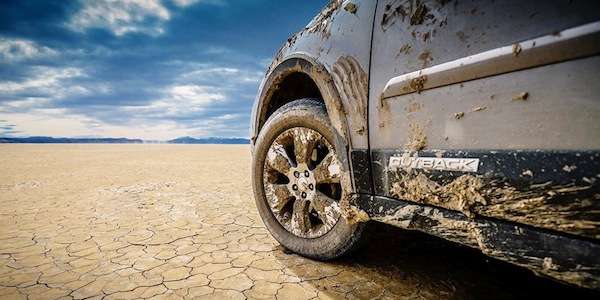 It’s been reported that the new 2015 Subaru Outback will make its world premiere at the New York International Auto Show 2014 next month. But will Subaru be making major styling changes to the next-generation Outback? It’s been seen testing and various spy shots have captured the new 2015 Outback from various angles.

This is one thing we know for sure. Subaru won’t be changing the Outback much beyond giving the Outback some new “hawkeye” headlights and a new sculptured front end to rival that of the new Legacy sedan. The Outback is the number two selling model in the U.S. behind the new 2014 Subaru Forester SUV. Subaru won’t be messing with the recipe that has made them successful.

Outback will continue with its high profile ride, and taller stance that makes the wagon easy to get in and out of. The new 2015 Outback will likely get a new upgraded interior with new soft-touch materials. But don’t look for wholesale changes to the Outback. Subaru will stick with got them to the dance in the first place.

The secret to Subaru’s success has been for them to stick to the basics, and then keep improving on them every year and with every new generation. Another core value is staying with their excellent Symmetrical all-wheel-drive that comes in every Subaru vehicle except for the two-door BRZ sports car.

All 2015 Outback trim levels will likely be equipped with a newly refined version of the Active Torque Split version of Symmetrical AWD. An electronically managed continuously variable transfer clutch actively controls torque distribution in response to driving conditions and wheel slippage. The system can send additional torque to the rear wheels either pro-actively or in response to slippage at the front wheels. Outback will continue to be an ideal multi-use vehicle for recreational use for those with adventurous spirits.

The newest Subaru wagon will also be getting the newly-tuned Lineartronic CVT automatic transmission. If it’s like the 2015 Legacy, Subaru will likely drop the six-speed manual gearbox and five-speed adaptive electronic automatic transmission in favor of the new CVT. This will improve the current 30/24 highway/city fuel mileage considerably. Look for the new Outback to also get 36 mpg highway with the 2.5i model.

Both the 2.5-liter Boxer four-cylinder and the 3.6-liter six-cylinder will continue on the new Outback multi-use vehicle. Both will be mated to the Lineartronic CVT for improved fuel-mileage. Subaru bumped up the 2.5-liter four 2 hp and Outback should see the same increase. The wagon will still come in base 2.5i, Premium and Limited trim models.

What can we expect to see when Subaru officially unveils the new-generation 2015 Outback at the New York International Auto Show 2014 in April? Expect updated front end styling, a new upgraded interior and a new CVT automatic transmission that will give the 2015 Subaru Outback wagon improved fuel mileage.

Other 2015 Subaru Outback stories of interest.

William Burns wrote on March 31, 2014 - 10:24am Permalink
I recently took a 180 mile trip, mostly highway miles, and got 33.1 MPG with my 3 mo. old 2014 Outback with 4 passengers. What a pleasant surprise! Sure different than my 06 Honda Van which maxed out at 25 MPG.
Geoffrey D. Rockwell wrote on October 30, 2014 - 7:52am Permalink
I must say that each day as I gaze at my 2015 3.6R Limited from my deck before starting it, I get a glow of "ain't got no buyers remorse here"... I cruised the Pacific Northwest for two weeks before boarding the ferry in Bellingham for the 3 day water jaunt to Haines Alaska. I then drove the 750 miles to Anchorage where I live then promptly drove the 450 mile round trip to Homer...man alive...this car is beyond sweet! I thought I would hate the transmission, but let me tell ya...I am a total convert now...I love EVERYTHING about this car...oh yeah...I am also 6'-3" and weigh 350# and have room to throw away and that is with the moonroof. Eyesight is the ONLY option I did not get.
James R. Mallett wrote on February 4, 2015 - 5:47pm Permalink
Great updates and useful insights. Thank you.