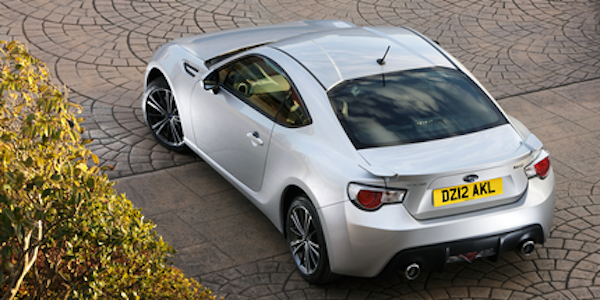 The 2015 Subaru BRZ is making its dealer launch and a top Subaru executive confirms the BRZ/GT86/FR-S sports coupe will continue to be produced.
Advertisement

There is good news for Subaru BRZ fans as the top Subaru boss says the Subaru BRZ will not be one and done. There have been numerous reports saying BRZ would be done as the 2015 Subaru BRZ makes its dealer launch this month. But top Subaru executive, Yasuyuki Yoshinaga, president of Subaru's parent, Fuji Heavy Industries Ltd., told Automotive News, it’s just not true.

Yoshinaga told Automotive News that Subaru will continue to build the BRZ two-door sports coupe. He said it will not be discontinued after this generation model is done. The next-generation Subaru BRZ is already being planned and fans will see more of the rear-drive sports car in the future.

As we reported here last week, The sports coupe that was jointly developed by Toyota and Fuji Heavy Industries Ltd., parent company of Subaru, will continue to be produced. Yasuyuki Yoshinaga was quoted in the recent AN story and said, “Toyota and Fuji Heavy will work on a successor to the current generation, which debuted in 2012.”

Subaru produces the BRZ/GT86/FR-S sports coupes at their Gunma plant in Japan. Subaru sells the BRZ globally, along with the Toyota variants, and needs the Toyota volume to keep BRZ around. Their own sales aren’t enough to justify production. Yoshinaga went on to say, “Without Toyota's volume, it wouldn't be viable for Subaru to build the car by itself.”

Toyota owns a 16.5 percent stake in Subaru and won’t risk hurting that relationship. Toyota won’t pull the plug on BRZ/GT86/FR-S and BRZ isn’t going to be a one and done car for the brand. The sports coupe that is sold under the Toyota GT86 badge in most of the world, and Scion FR-S brand here in the U.S. is selling well around the globe. It’s a global car with a global connection with sports enthusiasts. It’s the most affordable sports car in the world and Toyota won’t pull the plug on it.

The next generation BRZ

Toyota and Subaru will both be involved in the next-generation BRZ. The next-generation BRZ/GT86/FR-S could get a new turbo engine, and if STI gets involved, there may be a turbo BRZ STI on the horizon for performance enthusiasts. There’s just too much left for this car and there is much more on the table that the Toyota/Subaru partnership can produce with the two-door sports car.

It’s good news for driving enthusiasts as the 2015 Subaru BRZ makes its dealer launch here in the U.S. Subaru plans another generation of the BRZ, and it’s been confirmed by Yasuyuki Yoshinaga, president of Subaru's parent, Fuji Heavy Industries Ltd.

Snoobies Harlemz wrote on January 13, 2015 - 9:40pm Permalink
Hoo-Rah! They didn't discontinue one of the Best "Sports Cars" on the Market to Date! Here's to hoping for a 2016 Subaru BRZ STi!