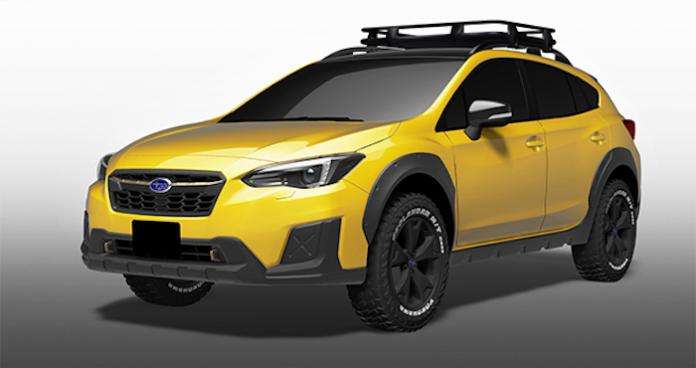 Subaru brings plenty of rumble to the Tokyo Motor Show 2017. They will unveil the Fun Adventure Crosstrek (XV) Concept and Impreza Future Sport Concept, both in Sunshine Yellow.
Advertisement

While we would like to see a Subaru Crosstrek STI be unveiled at the Tokyo Motor Show 2017, they are bringing plenty of rumble to the Japan show. Subaru Corporation brings a new Crosstrek (XV) Fun Adventure Concept for those with active lifestyles. Subaru knows the Crosstrek attracts the youngest buyers to the brand, and they are offering up a new concept vehicle to show what they could be thinking for a future vehicle. The Impreza Future Sport Concept could be an Impreza STI forerunner.

The Subaru XV Fun Adventure would make a good addition to the Subaru lineup as it adds a more rugged version of the small crossover for adventure enthusiasts. Subaru says about 30 percent of Crosstrek buyers will take the small SUV off-road and this new model would likely sell well for the brand.

The XV Fun Adventure Concept gets a tougher more rugged design outside and adds exclusive off-road tires and additional body cladding with an even more powerful design to match. Outside it comes in a “Sunshine Yellow” which Subaru has used in the past on Crosstrek. Subaru Australia launched a limited run special edition Sunshine Yellow 2.0i CVT in 2015.

These are colors that are attracting a younger more active buyer to the brand. Subaru recently launched the new 2018 Crosstrek with a new Sunshine Orange exterior color and Cool Gray Khaki. Subaru says the new colors have proven to be popular with their younger Crosstrek buyers, and they also have broad appeal. 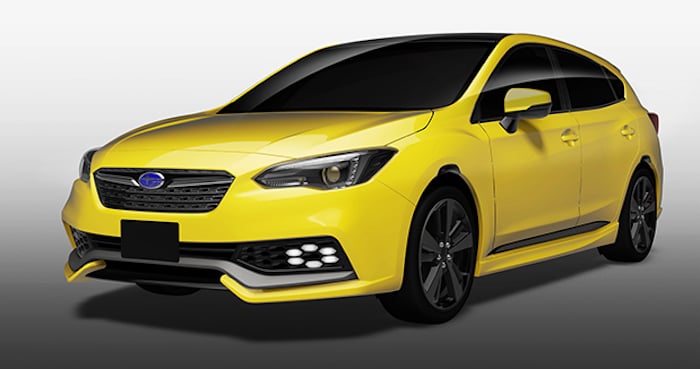 Subaru is also bringing an Impreza Future Sport Concept to the Tokyo Motor Show that could be a future Impreza STI forerunner. Subaru announced they will be building more STI models in the future and this could be what the Japanese automaker has in mind.

The show model Impreza Future Sport Concept comes in the same Sunshine Yellow livery and also gets new sporty front and rear bumpers, with the lower center of gravity and more dynamic shape than the current model. The sporty center muffler in the rear tells us there’s a custom exhaust system on this concept hatch and possible a turbo boxer engine under the hood. It’s all speculation, but an Impreza STI hatchback would likely be a big hit with performance fans around the globe.

Kenneth Johnson wrote on September 29, 2017 - 7:27pm Permalink
Maybe Subaru truck mite sale big time given the larger chassis redesign. I might even buy one.
Denis Flierl wrote on September 30, 2017 - 8:25am Permalink
We think a new Subaru mid-size truck on the new Ascent platform would sell well too Kenneth. Thanks for reading!