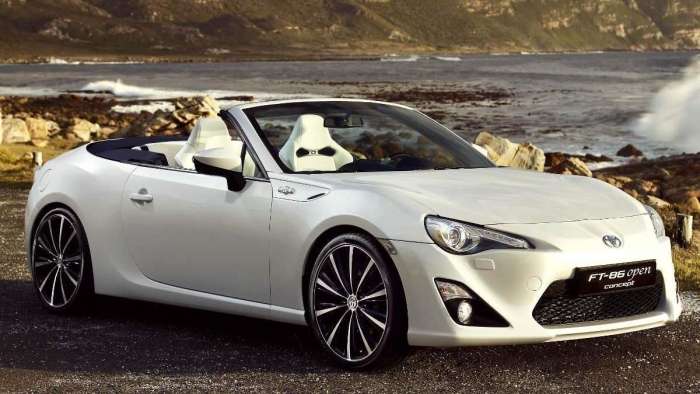 Why doesn’t Subaru and Toyota offer a BRZ/86 convertible? Do you remember the Toyota GT86 Open Concept?
Advertisement

We just test drove the 2020 Mazda MX-5 RF for a week, and it made us ask the question again, why doesn’t Subaru and Toyota offer a BRZ/86 convertible body style? The MX-5 is one of the best examples of what Subaru and Toyota should bring to the next-generation BRZ/GR86 when it arrives next year. There could be too many safety challenges for the automakers to overcome.

Do you remember the Toyota GT86 Open Concept? The convertible model was uncovered at the 2013 Geneva Motor Show and had fans excited the two-door sport coupe would be coming with a drop-top, but it never happened. Why haven’t we seen a Subaru BRZ/Toyota 86 with a soft top? According to a report from Automotive News, the project was dropped because a feasibility study by Scion said demand was not high enough to make it work. 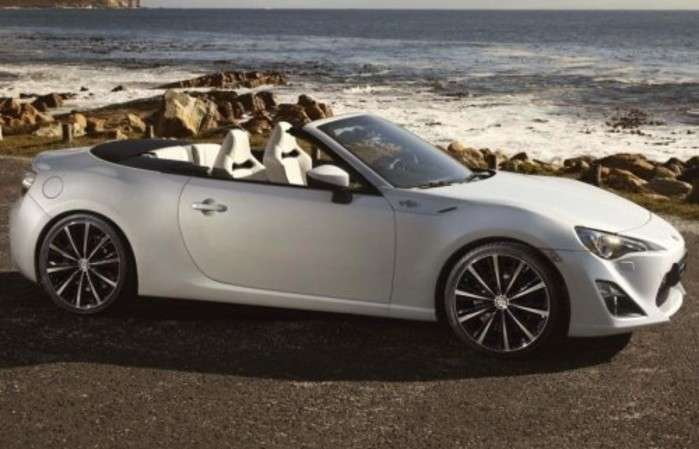 But there were other factors involved that likely shut the project down. Subaru was hesitant to move forward with the BRZ/86 convertible because they said a convertible body style would not meet their internal safety standards.

Subaru Corporation president at the time, Yasuyuki Yoshinaga, told Automotive News in November 2013, “I understand well that Toyota is receiving strong requests from the American market for the car. But the biggest challenge is meeting our internal safety standards. There are big technical difficulties.” 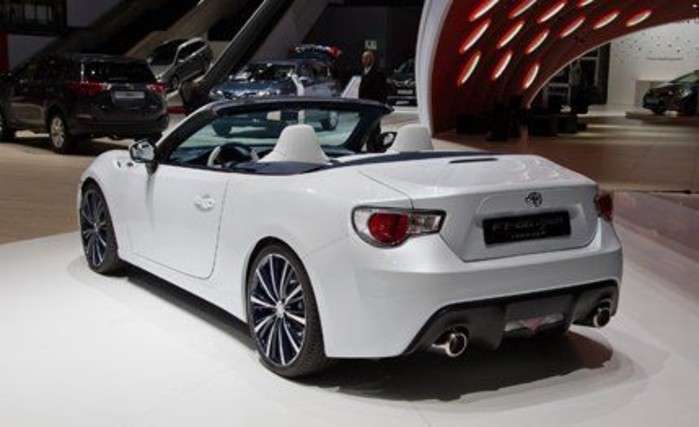 Subaru’s main concern is to maintain safety standards in all its cars. In order for the new convertible to make it to fans' driveways, the BRZ/86 wheelbase would have to be stretched and extra bracing needed to maintain rigidity and strength. That would also change the driving dynamics of the sports car.

Yoshinaga went on to say, “We make the car, so if we don’t make it, it can’t happen. Our engineering department told me that losing the entire roof requires a complete redesign of the structure. It would need a big change.”

The second-generation 2021 Subaru BRZ/Toyota GR86 is getting a big change and will likely ride on the Subaru Global Platform (SGP) that all new Subaru models have now. Apparently the new SGP is easily adaptable from all-wheel-drive to the rear-drive chassis. Reports say the wheelbase and body will be the same size as the first-generation sport coupe.

Now the question is, can Subaru and Toyota adapt a convertible version to the new SGP? The report from AN said, “Any hope for a drop-top (BRZ/GR86) rests on working one into a second generation.”

It would be the perfect solution to increase interest when the new second-generation 2021 Subaru BRZ/Toyota GR86 sport coupes arrive next spring. Stay tuned.

Tesla-Funded Research Reveals One of The Biggest Mysteries of EV Battery
Tesla Tesla Buyer Nets a Whopping $12,000 Discount After Asking for Reduction
END_OF_DOCUMENT_TOKEN_TO_BE_REPLACED