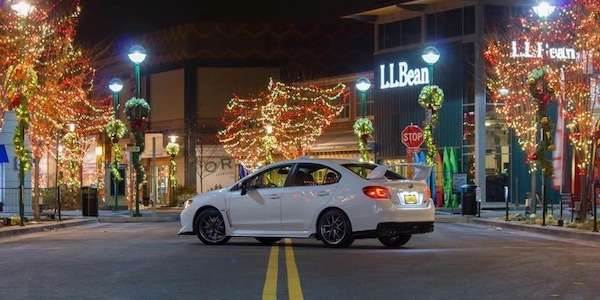 If it wasn’t for the Subaru 2015 WRX/STI performance sedans and LEVORG sports tourer, Subaru wouldn’t be celebrating much in their home market.
Advertisement

If it wasn’t for their sports and performance models, Subaru Japan would have had a dismal Christmas season. Things may be good for Subaru of America, but Subaru is struggling in the Japan market. The Japanese economy is suffering and consumer spending is down and it’s not been a good year for Subaru in their home country. Subaru says passenger vehicle sales decreased year-on-year and if it wasn’t for strong sales of the LEVORG sports tourer and the new 2015 WRX/STI performance cars it would have been a dismal year.

The Japan economy is in a moderate recovery trend but lingering areas of weakness persist, including consumer spending, which was hit hard by an April sales tax hike. But the aggressive monetary and fiscal stimulus deployed under “Abenomics” has boosted stock prices and driven down the yen, producing windfall gains for big exporting companies like Fuji Heavy Industries Ltd. This has given Subaru a huge boost as they ship about 80 percent of their Japan-made vehicles overseas to the U.S., Australia and Europe.

WRX/STI sales are hot at home

After only one month when Subaru Japan announced the new-generation 2015 Subaru WRX S4 and 2015 WRX STI Type S, the Japanese automaker says the original projection was that they would sell 650 units. But orders for the new performance sedans were six times that amount with 3,835 units in the first 30 days alone. The WRX S4 sold slightly better than WRX STI with 1,992 units for S4 and 1,843 units for STI in the first month. Both performance models continue to be a big hit in their home market.

Demand for the Japan-market Subaru Levorg Sports Tourer is also high and the Japanese automaker has another successful launch. The all-new Levorg made its dealer launch in Japan in June and the sports wagon is selling well. Subaru reports domestic production increased year-on-year partly because Levorg is doing very well in the Japan market.

If it wasn’t for their sporty and performance models, the Subaru LEVORG sports tourer and the new 2015 WRX/STI sedans, Subaru wouldn’t be celebrating much this Holiday season in Japan.