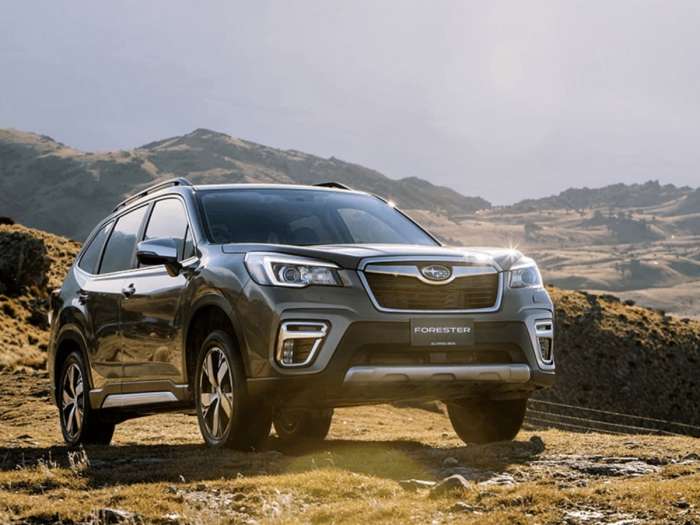 There are global awards pouring in for the new 2019 Subaru Forester. See why it’s proving the critics wrong.
Advertisement

The new Subaru Forester has been criticized for its conservative styling changes outside and critics say the small SUV doesn't have enough power. But Forester is proving critics wrong and is getting many accolades and recognition as it makes its way around the globe. The new 2019 Forester SUV is launching in Australia and Russia and the awards are already pouring in. Maybe it’s because there aren’t as many small SUV choices in those markets, but even in the U.S., Forester recently picked up the “Best Car to Buy” 2019 award from Car Connection.

Subaru’s new fifth-generation 2019 Forester has just made its dealer launch in Australia and wins not one, but two awards down under. Last week Forester picked up the “Best Small SUV 2018” award from Drive.com beating the Volkswagen Tiguan 132TSI 4Motion, Mitsubishi Eclipse Cross Exceed and Skoda Karoq 110TSI.

Also in Australia, the new Forester was compared with four small SUVs in the November edition of Wheels magazine. In this competition, the editors picked Forester 2.5-S over the Volkswagen Tiguan Comfortline, Mazda CX-5 Touring, and Ford Escape ST-Line to rate 8/10 in the comparison.

Wheels says, “The tall ceiling, deep glasshouse, narrow pillars, low dash and lofty, sumptuous seating collude to make the Subaru seem cavernous, airy and inviting. So, it’s the fulsome Forester that elevates itself above all with sheer effortlessness. It simply rises above the trees of normal SUVs.”

The all-new 2019 Forester also made it’s launch in Russia and picks up another prestigious award. In the countries largest annual automotive research “Ratings of the Auto of the Year 2018”, voting took place in four segments: “Modern”, “Family”, “Reliable” cars and “Workhorses”. The 2019 Subaru Forester was recognized as number one in the nomination "Modern cars". Also, the crossover entered the top three among the "Family" and "Reliable" categories.

“Ratings of the Auto of the Year 2018” is a regular study of the preferences of Russian motorists, which is part of the bigger project, “Car of the Year” in Russia. The cars are not divided into familiar classes, but according to their purpose and key properties that are important to consumers. The results of the study serve as a guide for consumers when choosing a car.

Subaru’s Forester has virtues active consumers are looking for like its standard all-wheel-drive system, excellent outward visibility, a Boxer engine that sits lower in the chassis for improved driving dynamics, and safety is a core value that the brand values highly. It’s what sets the small Japanese automaker apart, and could be why the new 2019 Forester SUV is proving its critics wrong and picking up so many global awards.

Ed B wrote on November 19, 2018 - 8:01am Permalink
I believe even the critics knew the car would succeed. Frankly, it's the enthusiats that were dissappointed. The Forester was always a capable vehicle, anyone knowing the industry and having driven the car knows that. My lament stems from the fact that moving into the mainstream, Subaru has abandoned the enthusiats. The every day car driver who simply wants to get from point A to point B will flock to the Forester and kudos to Subaru. However, the enthusiats are left with very few options as Subaru shifts to the new market paradigm they seek. I'm all for improvements in safety, but aesthics and the fun of driving still matter to me.