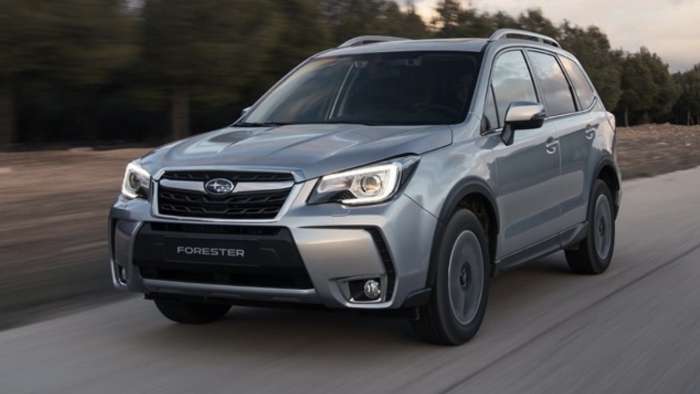 New Subaru Forester, Only 1 Of 4 Compact SUVs With Safety Tech For You To Avoid Hitting Pedestrians

The new 2019 Subaru Forester gets even more safety tech. See how it now protects pedestrians.
Advertisement

Pedestrian safety is a concern as it has become a major issue in cities in the U.S. as pedestrian deaths have risen 45 percent since 2009. In response, the Insurance Institute for Highway Safety (IIHS) has introduced a new rating program recognizing vehicles that are the best compact SUVs for safety. When equipped with automatic emergency braking systems, a few vehicles can detect and, if necessary, brake for people on foot.

The IIHS study finds the newly-redesigned 2019 Subaru Forester is only one of four compact SUVs that come equipped with safety technology that protects pedestrians from getting hit. Forester is rated one of the best compact SUVs and has earned the highest Superior rating in a new IIHS pedestrian crash prevention rating program.

Subaru’s EyeSight safety system comes standard on the new 2019 Forester SUV and it protects pedestrians by using stereo cameras mounted behind the windshield next to the rearview mirror to mitigate the risk of a collision. Subaru’s patented safety system has the ability to detect pedestrians in addition to other vehicles on the road and reacts by stopping the vehicle before the accident occurs. 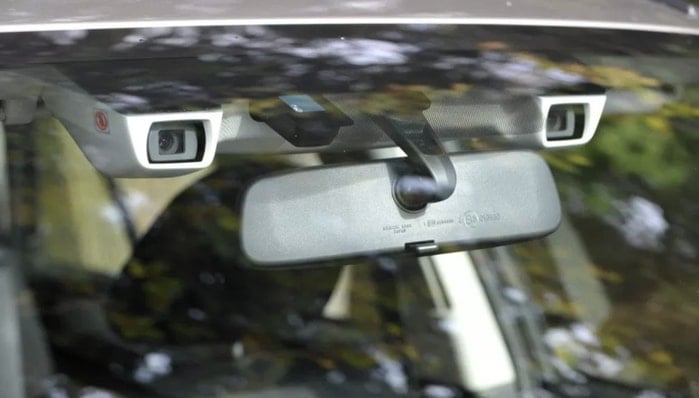 In the IIHS testing, only the 2019 Subaru Forester and Honda CRV earned credit for issuing a warning in the latter test before automatically braking to mitigate the impact with the test dummy, and only the Forester and Toyota RAV4 avoided hitting the test dummies as they entered the roadway perpendicularly. The 2019 Honda CR-V, Subaru Forester, Toyota RAV4, and Volvo XC40 all received the top Superior rating.

Vehicles are rated as Basic, Advanced or Superior based on their ability to avoid or mitigate a collision with pedestrian dummies in three different test track scenarios run at different speeds: 12 mph; 25 mph; and 37 mph. “It would be hard for human drivers to react quickly enough to brake in time if they didn’t see the pedestrian until he or she was already in the road,” IIHS Active Safety Testing manager David Aylor said in a recent Status Report issued by IIHS. 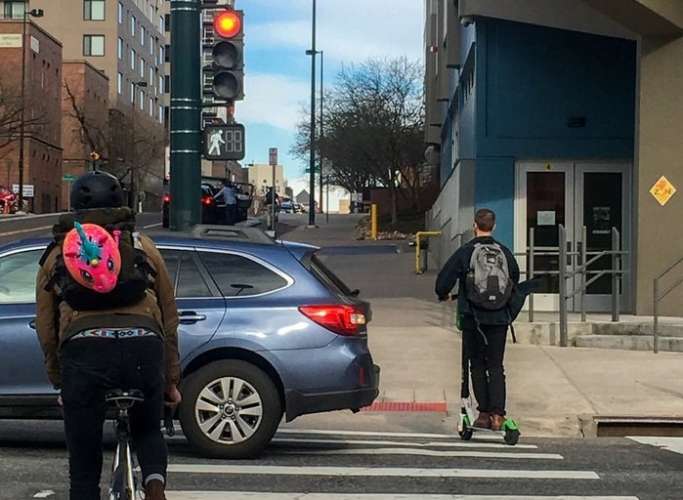 IIHS uses different scenarios to determine which vehicles are the best at avoiding an accident. The most common accident occurs when a pedestrian, on the right side of the road, enters the street in the path of an oncoming vehicle. The second is when a child darts into the street from behind two parked vehicles. The third occurs when an adult is walking into the vehicle’s travel lane near the edge of the road with his or her back turned to traffic.

In 2018, an associate organization, Highway Loss Data Institute (HLDI), found that Subaru’s EyeSight reduced the rate of probable pedestrian-related insurance claims by 35 percent, with the report singling out the safety system for its ability to detect pedestrians in addition to other vehicles on the road.

The redesigned 2019 Subaru Forester was recently awarded the IIHS 2019 Top Safety Pick (TSP) rating when equipped with EyeSight, extending its streak as the longest-running TSP winner in its segment to 13 years (2007-2019).

Watch 2020 Subaru Forester Changes and How Child Lock Reminder Works and Subscribe to Torque News for Daily Analysis on Subaru and Auto Industry.

You Might Also Like: Check New IIHS Safety Ratings Before You Buy; Subaru Leads All U.S. Brands

Denis Flierl wrote on June 15, 2019 - 7:10am Permalink
Have you had a recent close pedestrian encounter with your car?