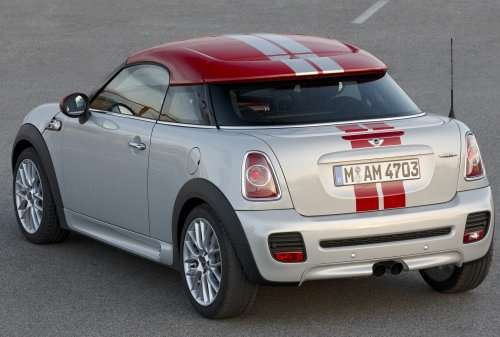 When MINI set the world record for the tightest parallel parking, they made it look easy, but this must-see video shows just how much work it took to pull it off.
Advertisement

Earlier this month we showed you the video of Han Yue setting a new Guinness World Record for the tightest parallel parking. Yue made it look easy as he managed to squeeze between two MINI’s with only 15 cm to spare. MINI held the promotional event in China for the debut of a new version of its hatchback called "The Chinese Job." The two drivers used for the promotional piece, took turns as they slid the little car making 180 degree skids between two of its siblings.

While most people struggle with what could be the hardest skill for a driver to learn, these two took the skill to a whole new level. And with the introduction of the new active parking assist features like on the 2013 Ford Focus, drivers can let the car perform the skill for us with a touch of a button. But China’s Han Yue, set out to show that human beings can do some things machines will never be able to do.

The drivers made it look deceptively easy by using a nifty handbrake maneuver to slide the car 180 degrees into place. The previous record of 21 cm was set by Patrik Folco in Italy just a little more than a month earlier. But the behind the scenes video shows just how much training it took for the new Guinness World Record to be broken.

Before the record was set by Yue, he had to make many unsuccessful attempts in order to get ready for the event. He used parking cones that he hit many times while training. He also burned through a number of set of tires as he continually slides the MINI in between the practice cones.

And after Yue graduated from cones to practicing the skill by using real cars, he damaged more than one tail lens and scraped off significant amounts of paint. We don’t know exactly how many practice runs the Chinese driver made before he was ready for the live event, but it had to be more than one hundred. He made so many, that his shoulder was hurt because of having to grab the hand brake so many times.

You will be impressed with the level of skill needed by Yue to pull of the incredible feat and the timing it took to set the new record. We were impressed before when the first video was released, but even more now after seeing the work that went into it. We have included both videos below for you to watch the behind-the-scenes training, and Yue’s actual MINI record-setting parallel park. After you see how much work it actually took, you won’t want to attempt this at home.

Check out the two videos below.