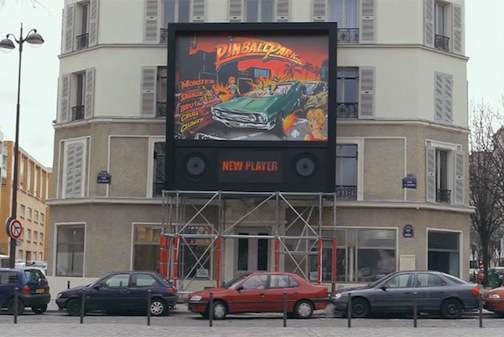 Ford of Europe has just come out with what could be one of the most brilliant marketing campaigns we’ve ever seen to promote the Active Park Assist feature on their new Ford Focus. Driving in Paris can be a tough proposition, but trying to find a parking spot in the French capital is next to impossible. “Every square millimeter is used to park in the crowded city”, says Torque News journalist Nicolas Zart. Even though he learned to drive in Paris, he doesn’t recall people using their cars in a game of pinball.

But according to Co.Create, Ford of Europe hired the ad agency, Ogilvy of Paris, who came up with an over-the-top promotional piece to bring attention to the new Ford Focus in Europe. The ad agency says, “just having great ideas aren’t good enough for us anymore, we want to come up with inventive great ideas.”

The ad agency in Paris has definitely come up with an inventive great idea to bring attention to the new technology in the Ford Focus. The creative company turned the quest to find a parking spot in Paris, into a giant life-size game of pinball. As the drivers try to find a parking spot, they locate a spot that is barely big enough to fit a car, but with a little extra effort, it be accomplished.

Above the cars stands a giant pinball billboard that displays each driver’s score as they play the full-size parking game. Ogilvy of Paris uses hidden cameras and big budget technology to create the funny marketing ad for Ford. They use sensors in the bumpers of the two parked cars that registers a “hit” anytime they are touched at all. The driver’s score is tallied on the giant board for everyone to see.

After a number of drivers attempt to park in the small space, dinging the cars on either side mercilessly, one particularly bad driver scores a huge hit on the impact scale (which has a scale from "clumsy" to "cruel" to "savage" to "brutal".) He gets the worst driver of the day award and is given an “extra ball” in the form of a chance to try to get in the spot with a shiny new Ford Focus, using its Active Park Assist feature. Brilliant.

And for anyone who lives in a big city and has to park on the street, Ford's new Ford Focus with Active Park Assist could be just the vehicle for you.