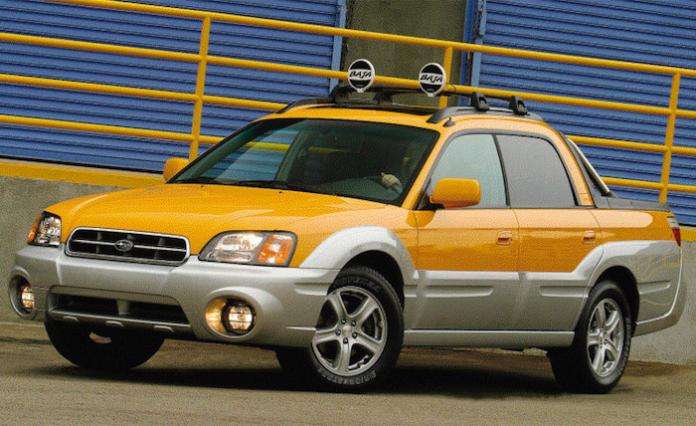 The midsize pickup market is booming, and Subaru needs to resurrect the Baja for North America. Would you buy one?
Advertisement

Everyone Remembers the Subaru Baja compact pickup. Subaru unveiled the first North American model in January, 2001 at the North American International Auto Show. The Baja was the spiritual successor to the smaller Brat pickup, and like the Brat, Baja was based on Subaru’s wagon platform. But Baja had some serious issues.

The small Baja pickup never sold well and had some flaws. There was no middle seat and it could only haul four people, and only a small portion of the rear bulkhead (the mid-gate) folded for cargo. The bed was small, and the ride height was only 7.3-inches but by the end of production was raised to 8.4-inches. Subaru doesn’t need to resurrect the Baja as it was, but they could still use the nameplate and build a new mid-size pickup.

Why Subaru needs to cash in with a truck

If Hurricanes Harvey And Irma can tell us anything, it’s that the mid-size pickup market is booming and Subaru could cash in on the explosion. After the hurricanes destroyed thousands of vehicles in Texas and Florida, shopper interest trends three weeks after Hurricane Harvey and Irma reveal much about American’s buying trends.

Subaru now has the platform to do it

Subaru has developed a new Global Platform that will be used across their lineup for every new-generation vehicle. The new big Subaru Ascent 3-Row crossover will use it, and manufacturing of some parts has already started at the Lafayette, Indiana plant. The larger Ascent SUV Global Platform could be used for the new Subaru Baja mid-size pickup.

Like Baja that used Subaru’s wagon platform as the vehicles starting point, the Japanese automaker could use the new Ascent as the mid-size trucks launching platform. Cut off the back, make a few exterior design changes and you’ve got a good-looking 4-door Subaru all-wheel-drive truck for Americans. It could be manufactured right alongside the new Ascent 3-Row SUV in Indiana. It could be offered with their new 2.5- liter direct injection four-cylinder boxer, or the 3.6-liter six-cylinder engine.

All this is speculation and dreaming of what could be for the Subaru brand. The mid-size pickup market is hot and the Japanese automaker could capitalize on it. Build the new Subaru Baja mid-size pickup to compete with the Toyota Tacoma, Chevy Colorado, Nissan Frontier, Honda Ridgeline, and new Mitsubishi Raider. We think it would be a hot-seller for Subaru of America.