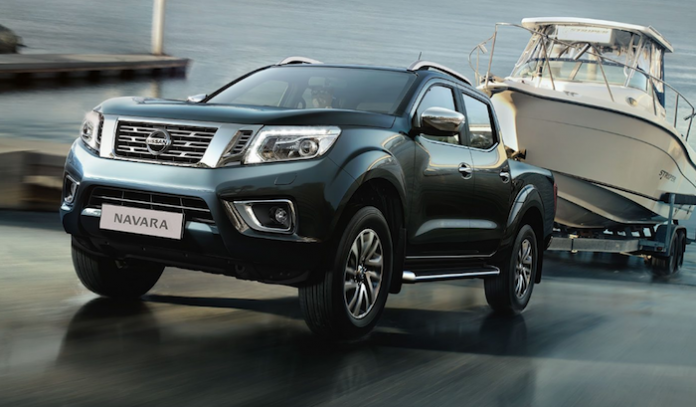 Nissan Confirms Next-Generation Frontier; It Will Keep US Roots

Nissan confirms next-generation Frontier. It will likely be a 2019 MY and it will be built in the US. Here's the details.
Advertisement

Nissan has confirmed the next-generation Frontier mid-size pickup will be coming soon and it will be built in the U.S. According to reports from, WJTV12, Nissan will continue to build the new Frontier at their plant in Canton, Mississippi. Nissan has not confirmed when the new Frontier will start production, but it will likely be a 2019 model and roll off the assembly line next year.

A quote from Steve Marsh, Vice President of Manufacturing at the Nissan Canton Vehicle Assembly Plant says, ”The dedicated employees here in Canton look forward to building the next generation of one of the best pickup trucks in America.”

The new Frontier is badly in need of a remodel as sales have dropped this summer as buyers are waiting for the aging mid-size pickup to get revamped. Sales in August dropped 51.4 percent and the Frontier is down 18.9 percent for the year. The truck continues its slide backwards, but a new model is coming soon. Nissan announced a new 2018 Frontier Midnight Edition, that should help sales before the remodeled model arrives.

The new Frontier model could share its platform with the Nissan Navara truck pictured above that’s sold in Europe and South America. Nissan could also launch the new 2019 Frontier with a Cummins turbo diesel. Nissan brought a prototype Frontier pickup with 2.8-liter Cummins Turbo Diesel engine to a press event last year. This was the same vehicle Nissan brought to the Chicago Auto Show in 2014. The new turbo diesel variant could be pumping out around 200hp and 350 lb. ft of torque.

Nissan has finally confirmed the next-generation (2019) Nissan Frontier is coming, and it will be produced at their Canton, Mississippi plant alongside the Murano, Titan, Titan XD, NV Cargo, and NV Passenger vehicles. Stay tuned.