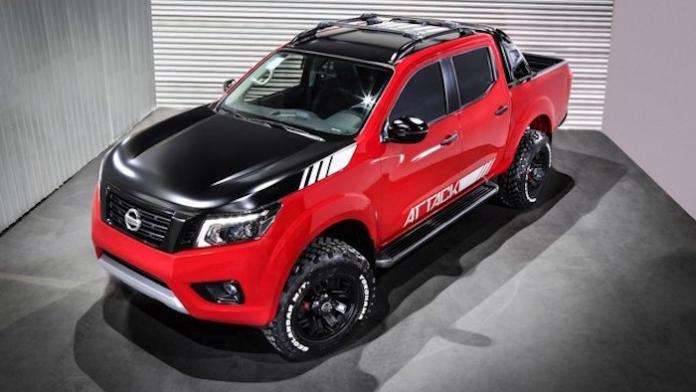 Information is coming out on the next-generation Nissan Frontier pickup. A new turbo diesel variant will be offered.
Advertisement

A TorqueNews reader who’s brother works at Nissan North American headquarters in Smyrna Tennessee, says the new-generation Nissan Frontier pickup is going to be worth the wait. The reader chose to remain anonymous because in the automotive world, leaking information on new models will get his brother fired. The image is the new Nissan Frontier Attack Concept, revealed in South America last month, but the design language and styling could carry over to the production model.

He also told him the SV 4.0-liter V6 will now come with 273 horsepower and 285 lb. ft of torque. That’s up from the current 261hp / 281 lb. ft. The big news is, the next-generation Frontier pickup will have a diesel engine option. Our reader’s brother says the mid-size pickup will be available with an optional 2.8-liter turbo diesel. We reported last year, the next Frontier would get a Cummins Turbo Diesel. It looks like it will be reality. 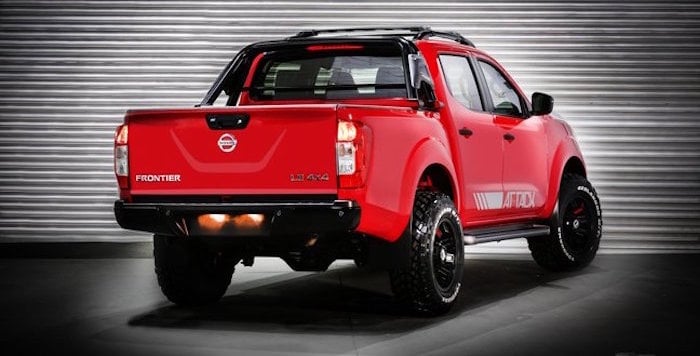 Nissan brought a prototype Frontier pickup with 2.8-liter Cummins Turbo Diesel engine to a press event last year. This was the same vehicle Nissan brought to the Chicago Auto Show in 2014. It looks like the new turbo diesel variant will have around 200hp and 350 lb. ft of torque. The prototype came mated to an 8-speed ZF automatic transmission. The fuel economy improvement could be around 30 percent over the comparable Frontier V6 gas powerplant according to Nissan sources.

Other news leaked out of Nissan headquarters is the next-gen Frontier will make extensive use of aluminum in many of the body panels. This will save weight and improve fuel mileage with the newly revamped 4 cylinder powerplant and more powerful 4.0-liter V6 engine.

Nissan already produces the global Frontier (Renault Navara) with a diesel that sells well around the globe. The new-generation midsize 2018 Nissan Frontier pickup is getting a complete redesign. Look for more flexibility in the platform, new styling and an optional 2.8-liter Cummins Turbo-Diesel engine. Stay tuned.

Fan poll: Would you buy a Frontier with a 2.8L Cummins turbo diesel?