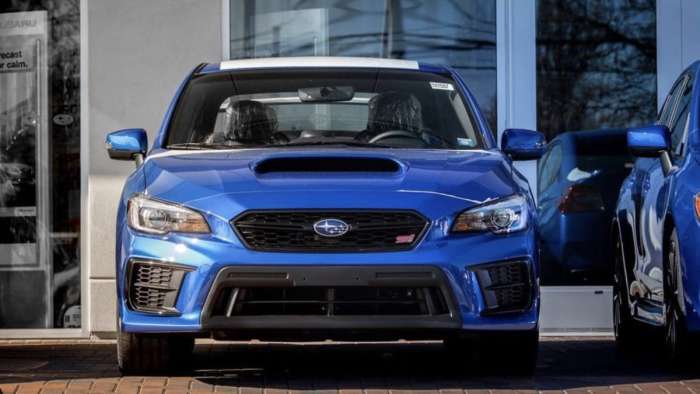 If you buy a 2021 Subaru WRX or STI or used model, they may be the hardest to find sports cars this summer. Check out the details here.
Advertisement

The 2021 Subaru WRX and WRX STI sports cars are in high demand, and they will be hard to find this summer. A new report from Automotive News (by subscription) reveals Subaru of America has the tightest supply of new SUVs, sedans, and sports cars of any automaker at eight days. And this includes new WRX and STI that are in transit from Japan.

Subaru has been in short supply all year, but retail supplies of the two sports cars are even tighter in July, and it will not improve until August or September. Subaru Corporation shut down the WRX and STI production for two weeks in April and again on July 16. iSeeCars says the Subaru WRX and STI are still in the 20 fastest-selling used vehicles list in June. 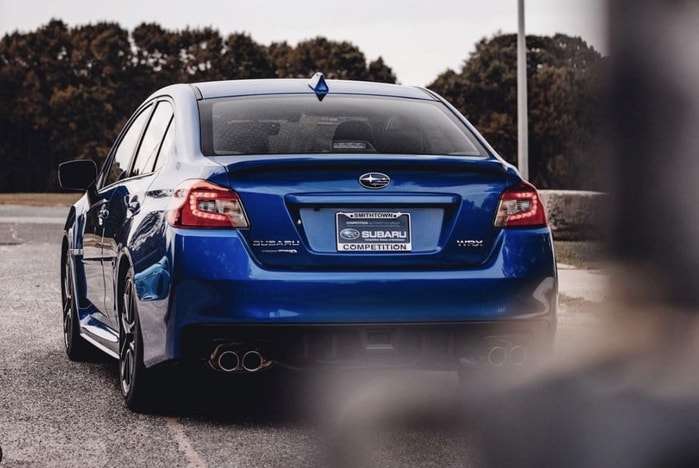 Eight sports cars and sporty sedans make the top-20 list, including the Mini Convertible, the Mazda MX-5 Miata, the coupe and convertible versions of the Chevrolet Camaro, the Chevrolet Corvette, the BMW 4 Series, the BMW 2 Series, and the Subaru WRX.

The Subaru WRX is the eighth fastest-selling used sports car taking 26.8 days to sell. The average for all used vehicles is 34.5 days. iSeeCars says the average selling price for a used WRX is $30,615. The report did not differentiate between the sport-tuned WRX and the higher-performance STI. 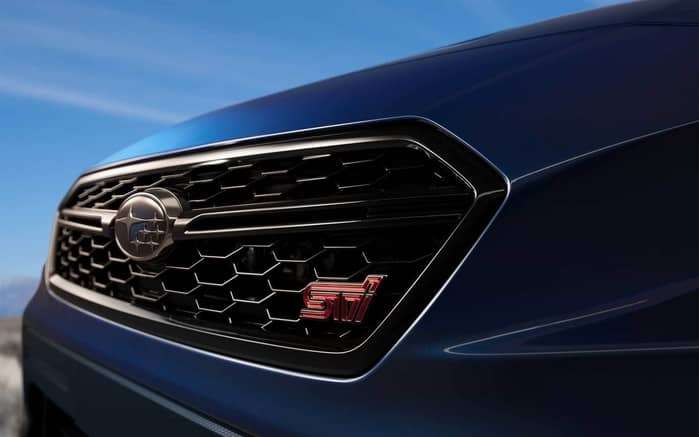 If you are looking for a one or two-year-old Subaru WRX or STI, the news is not good. Retail prices are higher for a 2020 Subaru WRX than a new 2021 WRX sport-tuned sedan.

An earlier report says that you will pay more for a used WRX and STI than a new model because of inventory shortages. The new car price is $34,487 compared with a used price of $34,568, a 0.2 percent increase.

iSeeCars Executive Analyst Karl Brauer says, “Car buyers who are making a new or used car purchase might have difficulty finding the most in-demand vehicles and may end up paying a premium for them in the used car marketplace.” 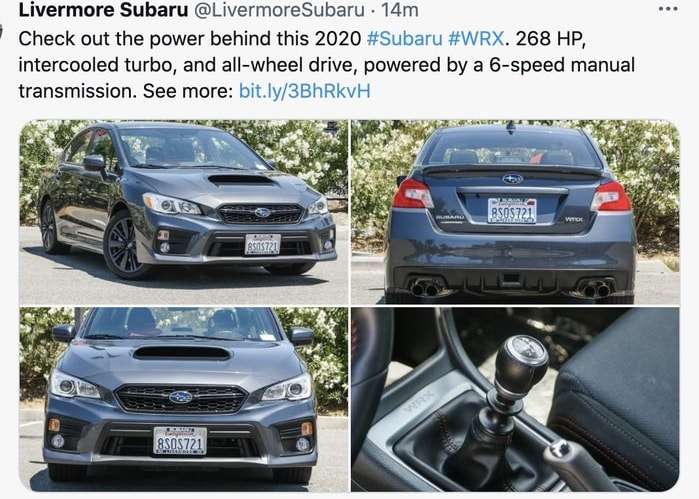 “Vehicle inventory is expected to remain tight for the remainder of the year, so consumers who are in the market for one of these fast sellers will need to act quickly when they see their target car for sale,” said Brauer.

Brauer also said, “Sports cars were a popular vehicle segment throughout the pandemic, and their popularity has continued as consumers have a heightened appreciation for living life to the fullest.”

This summer, expect a used Subaru WRX and WRX STI performance sedans to carry a premium price. Unless you can wait, buying a used model may be the only option as the 2021 Subaru WRX and STI are in short supply.

William Bryan wrote on July 22, 2021 - 10:50am Permalink
“Powered by a 6 speed manual”??? That’s coming from a dealer! Do they not know how cars work? The transmission doesn’t “power” anything man c’mon!
NMK wrote on July 22, 2021 - 11:57pm Permalink
Anyone who pays more for a used car than a nee one is not too smart. If Subaru were smart they would just stop making 2021 WRX\STIs and start making the 2022s. Who in their right mind would buy the current generation when the 2022 is better in every way. Just wait.
Deveans wrote on July 23, 2021 - 5:57pm Permalink
And you know this how? Current gen 2021 sti are the most refined models yet. True classics. Let’s see how the 22 model year does. Typically new models come with all types of bugs and flaws. We keep hearing “400 horsepower” Not likely. 340 is more realistic. I in my right mind just bought one. Couldn’t be happier. Will hold its value. You just don’t know yet.