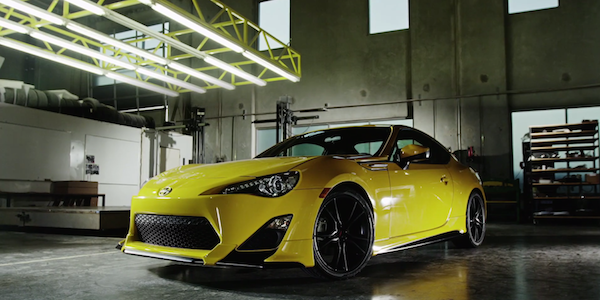 AWD BRZ/FR-S/GT86 2.5-liter turbo reported to be in the works

A Japan magazine reports that a new turbocharged BRZ/FR-S/Toyota GT86 is in the works. Will it get the WRX STI engine?
Advertisement

If this report from Japan’s Best Car Magazine is accurate, we could see a new turbocharged FR-S/Toyota GT86 coming soon. Performance fans have been asking for a turbocharged version of the Subaru BRZ, Scion FR-S, Toyota GT86 since the two-door sports coupe launched in 2012. The report from the Japanese magazine doesn’t mention Subaru, but says that Toyota is planning on building an FR-S/Toyota GT86 and it will be powered by a Subaru Boxer engine like the current model. We would have to assume that since the BRZ/FR-S/GT86 are built at Subaru’s Gunma plant in Japan, that Subaru will also produce the performance model in the BRZ.

This report from Japan’s Best Car Magazine comes via Motoring.com.au out of Australia. But what is interesting about the report, is that it says the new rear-drive coupe will be powered with the Subaru Boxer 2.5-liter powerplant not a 2.0-liter like the current generation sports car. The report goes on to say that the 2.5-liter Subaru engine will be the same engine that powers the 2015 Subaru WRX STI. If this is true, the new Scion FR-S/Toyota GT86 will have the 305 horsepower and 290 lb-ft of torque.

The new sports coupe is said to be in the works right now and is due out in 2016. What makes the report even more interesting, is that this new 2.5-liter turbocharged FR-S/GT86 is coming with all-wheel-drive and the Subaru engine will send all that power to all four wheels. The report goes on to say that the 305hp engine will be coupled to a new eight-speed automatic gearbox with steering wheel paddle shifters. This will be to make the powerful new coupe more fuel-efficient. The report doesn’t mention a standard gearbox which would be surprising if it wasn’t offered in the new high-performance coupe.

A new Toyota GT86 coupe has been seen testing on the Nurburgring which has led to much speculation about a turbocharged version of the sports coupe for quite some time. It’s been seen sporting the same body panels that we saw on the GRMN GT86 that was unveiled at the Tokyo Auto Salon earlier this year. That model featured a carbon-fibre vented hood, roof, deck-lid and rear wing. That model also came with a special lowered sports suspension. Inside it had polycarbonate windows, carbon-fiber front seats and no rear seat.

Sales of the sports coupe has wained

With sales of the Subaru BRZ/Scion FR-S/Toyota GT86 starting to slow around the globe, Subaru and Toyota may be looking to re-energize interest in the rear-drive sports coupe. Sales have been dropping off since the sports coupe launched in 2012, and even though Subaru of America reports the best sales month ever in August, BRZ sales actually fell 17.05 percent from the same month last year. So interest in the sports coupe is waining and Subaru and Toyota will need to spice up the sports car to keep fans interested.

Subaru executives have said there will be a new-generation BRZ which will likely be coming in 2016 as a MY2017. If this report from Japan’s Best Car Magazine is true, the new BRZ/FR-S/GT86 will come with a WRX STI 2.5-liter 305hp turbocharged engine and all-wheel-drive. This will make the sports coupe even faster than the 2015 WRX STI which is said to hit 0-62 in 4.9 seconds. If this report is accurate, the new turbocharged high-performance variant of the Subaru BRZ/Scion FR-S/Toyota GT86 that performance fans have been asking for will be coming soon. Stay tuned.