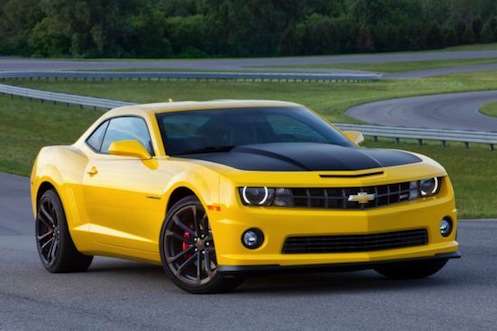 Chevrolet has announced the 2013 Camaro 1LE has lapped the Virginia International Raceway in 2:58.34 making it one of the fastest performance cars available for the price.
Advertisement

When Ford introduced the Boss 302 Mustang, cheers went up among performance car enthusiasts. At least they did with Ford fans. Now Chevrolet has countered with the 2013 Chevrolet Camaro 1LE that has just turned an impressive lap time of 2:58.34 at the Virginia International Raceway. What makes the time even more impressive is the fact that the 2013 1LE is within six seconds per lap of the new Camaro ZL1 around the same Virginia International Raceway.

“Best of all, the Camaro 1LE is $10,000 less than its nearest competitor,” said Al Oppenheiser who is the Camaro chief engineer. “For drivers looking for an affordable way to get on the track, what they save with the 1LE will the cover a lot of days at the track.”

The Camaro 1LE is track ready

The 2013 1LE package comes with a 6.2 -liter LS3 V-8 powerplant which is rated at 426 horsepower and 420 lb-ft of torque. The 1LE V-8 is mated to a Tremec TR6060-MM6 six-speed manual transmission. The exclusive gearbox is tuned for road-racing with a higher 3.91 final-drive ratio and the close-ratio gearing of the transmission is tuned for track performance. It also comes with a liquid-to-liquid cooling system for higher temperatures on the track. Chevrolet says the 1LE also features exclusive, monotube rear dampers instead of the twin-tube dampers on SS models. The new 1LE suspension keeps the body roll to a minimum without compromising ride quality.

Inside the cockpit, the 1LE package features the ZL1’s flat-bottom steering wheel, trimmed in sueded microfiber. The short-throw shifter also from the ZL1 is trimmed in sueded microfiber. The 2013 Chevrolet Camaro 1LE is a true performance track car direct from the factory at an affordable price. You won’t need any expensive modifications to experience the kind of track performance that typically costs tens of thousands more.

Watch as the 2013 Camaro SS with 1LE Package takes on the Virginia International Raceway in 2:58:34.