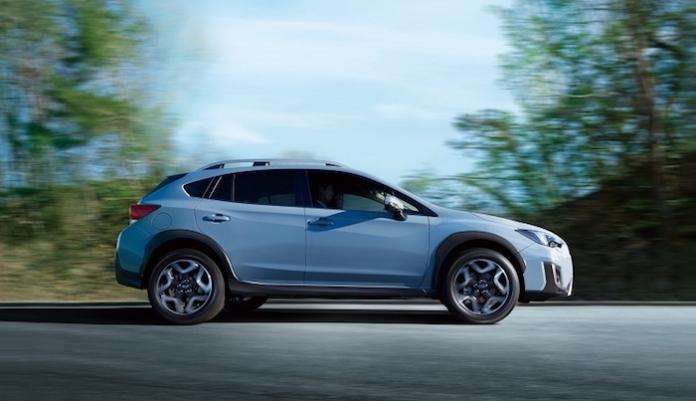 The 2018 Subaru Crosstrek will be a global game-changer when it arrives this summer. Here’s 5 reasons why.
Advertisement

Like the Impreza compact that is setting new records, look for the all-new 2018 Subaru Crosstrek to be a global game-changer. It arrives this summer after getting a complete makeover and consumers around the globe will likely respond like buyers in the home country of Japan. Subaru Corporation reports strong sales of the all-new Subaru Crosstrek (XV in Japan) that launched in May. The new crossover has helped the Japanese automaker post record sales in June for the first time in 22 years. That’s a significant achievement.

The all-new second generation 2018 Subaru Crosstrek (XV in most global markets) has been redesigned from the ground-up and it could be Subaru’s best redesign so far. Here’s just a few of the changes consumers will see and feel when it arrives.

Subaru is known for their all-wheel-drive performance, but it gets better. The Symmetrical all-wheel-drive drivetrain has greater balance, a lower weight transfer, more grip during cornering, and twice the grip during acceleration giving the new Crosstrek sure-footed AWD performance. The Subaru Global Platform brings a new architecture with a frame with increased rigidity, providing more responsive control, straight-line stability, and a quieter cabin.

The Subaru brand is all about safety and they make more improvements to the new crossover. The 2018 Crosstrek’s reinforced frame absorbs energy from a collision better and protects occupants from injury. This is a result of Subaru engineers improving the already effective ring-shaped reinforcement frame used in all Subaru vehicles that gives them a maximum 5-star safety rating. Crosstrek also gets Reverse Automatic Braking, when in reverse, detects stationary objects and auto-stops the car.

The new crossover also gets a new-redesigned 2.0-liter Direct Injection boxer engine with a lower center of gravity, improved stability, and increased performance (+4hp) which should give consumers a more fun-to-drive experience. The improved Lineartronic CVT automatic has also been improved for smoother power delivery and optimum acceleration.

For the first time, Crosstrek gets the off-road X-Mode feature which reduces wheel-spin and grip enhanced by controlling the engine, transmission, AWD system, brakes, and the Vehicle Dynamics Control System (VDC). It also now comes with Hill descent control for steep off-road situations.

When the all-new second generation 2018 Subaru Crosstrek arrives, look for it to set new records and be a global game-changer for the brand. It’s already helping Subaru Japan post record sales in June for the first time in 22 years. Stay tuned.