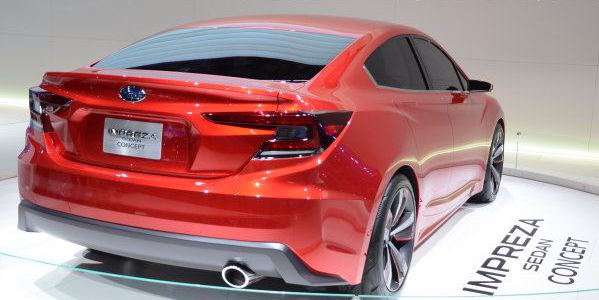 Why are there more Toyota and Honda owners buying a new 2016 Forester, Outback, Crosstrek or Impreza? There’s 3 reasons.
Advertisement

Subaru is growing faster than all other automakers and many of their customers are coming from Toyota and Honda conquests. That’s the industry term for who is trading in their vehicles for a different brand. Subaru is gaining ground by luring more Toyota and Honda owners into their showrooms than other brands and they are driving away in a new Subaru.

Subaru is outstripping the industry in rate of growth and many of these conquest customers are trading in their vehicles for a new 2016 Subaru Forester, Outback, Crosstrek or Impreza, the brands top four selling vehicles. Toyota owns 16.5 percent of Fuji Heavy Industries (FHI) the parent company of Subaru so they might not be too upset about it.

If Subaru had more cars, they could sell them. Their problem is not having enough production capacity to produce them. “Our biggest issue still is we just don’t have enough cars,” Tom Doll, COO of Subaru of America, tells WardsAuto in a recent interview. Doll says there are three reasons why more Toyota and Honda owners are switching to the Subaru brand.

According to the report, a big draw for many of those new customers is Subaru’s safety record which is tops in the industry. The Japanese automaker has been awarded IIHS Top Safety Picks 8 years running 2009-2016 for all their vehicles. Subaru’s EyeSight is the reason they keep piling up these awards in all their vehicles. EyeSight was the first system ever to use only stereo camera technology to detect the objects such as vehicles, pedestrians and cyclists. Features available on this system include pre-collision braking control and all-speed range adaptive cruise control tracking function. Fuji Heavy Industries, parent company of Subaru, keeps enhancing the system that improves preventive safety performance in their vehicles.

Another reason is their high residual value. What is the brand that retains its value better than any other in the U.S.? According to ALG, it’s Subaru. Subaru was named Best Overall Mainstream Brand for 2016 and took home five Residual Value Segment Awards from ALG. Winning the Best Mainstream Brand award means that Subaru holds its value better than all other mainstream brands in the U.S.

The third reason is Subaru’s all-weather capabilities. Subaru created a niche market with multi-purpose all-wheel-drive vehicles like Forester, Outback, Crosstrek and Impreza. Every one of their vehicles come standard with all-wheel-drive except for the rear-drive BRZ sports coupe. Subaru’s AWD system doesn't sacrifice fuel efficiency like most other vehicles on the market. “You don’t get the fuel-economy disadvantage as with other AWD products out there,” Doll says of the brand’s nearly-all-AWD lineup.

The Subaru brand is experiencing impressive growth with 44 consecutive months of year-over-year growth. The 2016 Subaru Forester, Outback, Crosstrek and Impreza AWD vehicles are leading the way. Subaru is getting more Toyota and Honda owners trading in their vehicles than all other brands. Doll says, “The types of customers we’re getting, they’re probably the better customers of the brands we’re conquesting you could say.”

Seth wrote on June 28, 2018 - 12:10am Permalink
I owned a Subaru for 6 years and 6 months, then I traded it in for a Toyota. Subarus are quirky. My Subaru dealer could never find the source of an oil leak, nor could they figure out what was making the windshield wipers turn on by themselves.