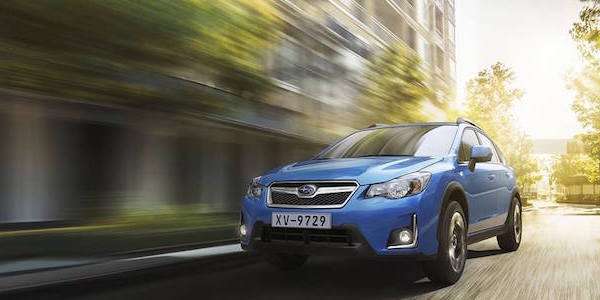 Subaru’s 2016 Forester, Outback, Crosstrek, Impreza, WRX and Legacy all are deemed the safest by IIHS. How does Subaru keep doing it?
Advertisement

Subaru’s goal of being the overall safety leader is achieved again by their lineup of AWD vehicles being awarded the highest standard of safety by IIHS. Subaru announced the 2016 Forester, Outback, Crosstrek, Impreza, WRX and Legacy are all 2016 TOP SAFETY PICK+ (TSP+) rated, along with receiving the highest possible rating of “Good” for five crashworthiness tests as well as “Superior” for front crash prevention.

When equipped with Subaru’s EyeSight driver assist technology, the 2016 Forester, Outback, Crosstrek, Impreza, WRX and Legacy all achieved the highest possible score of 6 points from the Insurance Institute for Highway Safety (IIHS). The only vehicles missing from Subaru’s lineup were the BRZ sports coupe and WRX STI performance sedan because they aren’t offered with EyeSight.

Fiji Heavy Industries (FHI) who makes Subaru vehicles, developed the first EyeSight system in 2008 and it was the first system to use stereo camera technology to detect vehicles, pedestrians and cyclists. The preventative safety system includes pre-collision braking control and an all-speed range adaptive cruise control tracking function. Subaru now offers EyeSight technology in their vehicles around the globe and has expanded its use in North America, Australia, and Europe.

IIHS made the test harder in order to get the highest rating for both 2016 TSP and 2016 TSP+. Now vehicles have to earn “Good” ratings in five crashworthiness tests, small overlap front, moderate overlap front, side, roof strength and head restraints, as well as a “Basic” rating for front crash prevention. To qualify for 2016 TSP+, a vehicle must earn “Good” ratings in the five crashworthiness tests and an “Advanced” or “Superior” rating for front crash prevention.

It’s not new for Subaru to get these top ratings. The Japanese automaker has been awarded IIHS Top Safety Picks 8 years running 2009-2016 for all their vehicles. Subaru’s 2016 Forester, Outback, Crosstrek, Impreza, WRX and Legacy all are deemed the safest by IIHS for 2016 again.

Mike wrote on December 10, 2015 - 5:15pm Permalink
its a terrible shame that the RAV4 is the top selling SUV since it is far from being the best. the Forester is light years better in many respects the 2016 Forester has many safety features the RAV doesn't have and so on. its a shame that consumers don't research a 20 or 30 K purchase but buy based on uninformed opinions