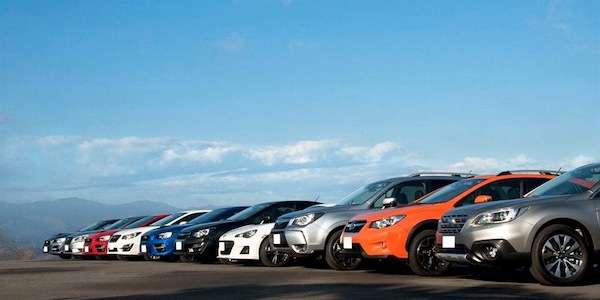 Why Subaru is suddenly the leading mainstream brand in the U.S.

Eric Lyman, vice president of industry insights for ALG recognized the entire lineup of Subaru vehicles for their appeal to a broader audience. He says there are four reasons why these five Subarus win big. He says, “Mainstream consumers have discovered what some have known for years: when it comes to low depreciation, high value performance, road gripping All Wheel Drive and high residual values, Subaru is the brand of choice.”

The 2016 Outback, Forester and Crosstrek are the top three selling vehicles for Subaru of America and demand has never been higher for the all-wheel-drive wagon, SUV and crossover. Consumers like their AWD abilities and their recreation-purposed body styles. They use them to commute to work during the week and to get away from civilization on the weekend.

ALG, is the industry benchmark for residual values and depreciation data in North America. The seventh annual ALG awards honored 2016 vehicles and predicted the 2016 Subaru Outback, Forester, Crosstrek, WRX and Legacy to hold their value better than any other vehicles in their respective segments. These 5 Subarus help the brand earn ALG’s Best Mainstream Brand award.

See why the 2016 Subaru WRX is the best sports car in America.

william wipperdink wrote on November 20, 2015 - 9:01pm Permalink
unfortunately in the San Francisco bay area, the inferior RAV4 outsells the outback and forester by a massive margin. the RAV4 is a super hot seller even though it is clearly is far from being close to the best.
steve starner wrote on November 30, 2015 - 3:30pm Permalink
Please...some areas are slower to read the accolades, and understand the quality inherent in a Subaru. Give it time...Subis will surpass the Rav4 sales. Remember, Toyota sells 2,373,771 vehicles in the US. In comparison, Subaru makes way less cars, selling only 513,693(an all-time record). So it only makes sense that the Toyota product should outsell the Toyota product. The previous comment does not reflect an apples to apples comparison, and should be discarded as pure bias. Good try though.