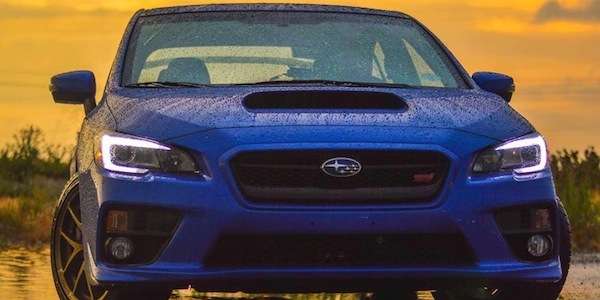 The new-generation Subaru WRX STI sets another record in the month of August. Where did it do it this time?
Advertisement

The new 2015 Subaru WRX STI is setting a blistering pace that is exceeding the expectations of Subaru executives. The new-generation WRX STI has set a new sales record for the month of August in Canada. Subaru Canada reports record sales for the pure performance sedan jumping up 35.1 percent increase over the previous August sales. WRX STI is blistering the pavement and performance fans are responding in a big way to the new performance car. The hot sedan also made its first appearance as a rally-prepped car in the Canadian Rally Championship (CRC) this weekend.

The 2015 WRX STI is also setting records in the U.S. market. Subaru of America is reporting sales of the new-generation 2015 WRX and WRX STI are up 36.34 percent year to date. Performance fans are voting by buying more of the sports cars than they did the previous generation models. Even without the five-door hatchback, the performance sedan is doing well globally.

The Subaru brand is popular in Canada and the whole lineup is doing well up north. Sales of the new 2015 Outback soared and were up an incredible 74.9 percent. This makes August the best month on record for the midsize SUV alternative. It was also a record August for Subaru's XV Crosstrek in Canada. Sales of the XV Crosstrek, Subaru's compact crossover rose by 12.5 percent.

The new generation STI offers superb handling characteristics that you won’t find in any other performance car. The Mitsubishi Lancer Evolution has been its closest competitor, but the performance EVO will no longer be available after the 2015 model year. The new 2015 STI received upgrades over the previous generation model with performance improvements like new hydraulic steering with a quicker ratio, a new stiffer chassis, enhanced handling, and Active Torque Vectoring.

These new enhancements enable the newest STI to perform better than many more expensive sports cars. Subaru and STI have moved the car forward from the previous generation in terms of improving the chassis and body to better utilize and match the 2.5-liter turbo boxer’s 305 horsepower ratings.

Subaru is committed to the performance car