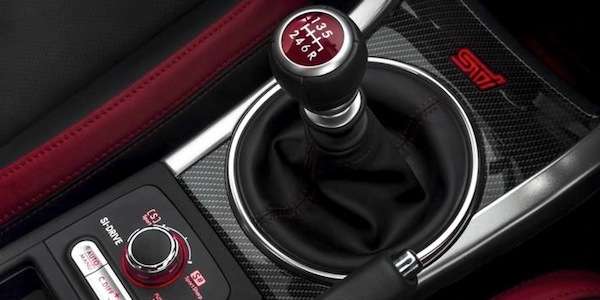 The 2015 Subaru WRX STI sales are hot. Why won’t Subaru be bringing the WRX and WRX STI hatchback any time soon?
Advertisement

Don’t look for Subaru to bring back the WRX and WRX STI hatchback anytime soon. The new-generation 2015 Subaru WRX STI has been selling extremely well around the globe and the Japanese automaker has made their decision to just produce the performance car in the sedan model only. Performance fans are snatching up the new models quickly and sales are hot all over the globe for the four-door models.

Subaru of America is reporting sales of the new-generation 2015 WRX and WRX STI are up 36.34 percent year to date which is third behind the popular XV Crosstrek crossover at 40.97 percent and the most popular model, the 2015 Forester SUV at 42.85 percent increase YTD. Subaru is satisfied they made the right decision and it seems that sales of the 2015 WRX/STI are not suffering because of not having a five-door model.

Subaru is seeing record sales across the lineup

It’s hard to argue with Subaru when they are having such tremendous success across their entire lineup. They just recorded their best sales month ever here in the U.S. in August and are on pace to exceed their goals in North America, their largest market for WRX/STI. Performance fans are voting by buying more of the sports cars than they did the previous generation models.

Subaru is at peak production capacity

With sales of the new 2015 Legacy sedan, 2015 Outback wagon doing extremely well, production is running at full capacity and Fuji Heavy Industries (FHI) needs all the space they have to keep up. Subaru is expanding their production capacity in their Indiana plant and is investing $230 million into the U.S. plant and will increase production by 30 percent. They will now build the new Impreza here in the U.S. and it will free up production space in Japan for a new-generation WRX STI hatchback, but not for a few more years.

Hatchback fans are not happy

There are many loyal Subaru WRX and WRX STI hatchback fans who are not happy with the Japanese automakers decision to drop the five-door model from the performance car lineup. Subaru is listening, but don’t expect to see a new-generation WRX/STI hatchback anytime soon. Automotive News is reporting that Subaru won’t be making any changes to the WRX/STI for “several years.”

So for now, don’t look for Subaru to bring back the WRX and WRX STI hatchback anytime soon. The new-generation 2015 Subaru WRX STI is selling extremely well around the globe and the Japanese automaker has made their decision to offer performance fans one model. Once, Subaru ramps up U.S. production capacity in 2016, we might see a new 2017-2018 WRX/STI hatchback. Stay tuned.

Other 2015 Subaru WRX STI stories of interest.
How is Subaru’s decision to drop hatch from 2015 WRX/STI lineup affecting sales?

Carl wrote on September 4, 2014 - 9:41am Permalink
Subaru has always been a conservative car company. They also tend to operate on 5 year body style cycles. That's why Foresters were the same from 09 to 13, and Outbacks the same from 10 to 14.
johncarync wrote on September 15, 2014 - 3:56pm Permalink
If they won't be making a hatchback version of the WRX, how do you explain the recent spy shots of a WRX hatchback mule?
Kent Hughes wrote on September 28, 2014 - 8:30pm Permalink
well.. it's not lost on me... my 2015 wrx sti hatchback just turned into a Ford F-150 purchase... I guess subaru didn't want that business... I'll be looking closely at the new Mazdaspeed 3 hatch.... again.. subaru won't get that business either...without an STI Hatch... I guess my cash isn't good enough for them..
Allie wrote on October 10, 2014 - 8:22pm Permalink
You can still order a hatchback up till December of the 2014 year. It'll just take several months to be shipped to you. Although I am saddened by Subaru's decision to terminate the hatchback, I'm more excited about them developing technology for future STi models. Also Kent Hughes, Subaru is a company like any other company they're not going to just bend their back to appease EVERY single customer. It's not going to kill them if they won't have your business.
Merv wrote on October 28, 2014 - 3:02am Permalink
Kent is not alone. I was eagerly anticipating the new WRX hatchback for years as an upgrade to my 06 version. I really do not like the camry-esque styling of this sedan. But good for Subaru that it is selling well; I've always liked the company and my first car was a gl wagon. The BRZ made me think their styling had turned a corner. But alas the new WRX is not for me. It's a real bummer because the 4wd rugged sports car hatchback segment was defined by Subaru.
Derek wrote on February 10, 2015 - 1:07pm Permalink
I'll just get the ford focus rs when that comes out..it will be way better that the sti anyway and is a hatchback with a wing....the ecoboost engine will kick the Sti while still getting good gas mileage which Subaru can't seem to figure out how to do as well.

LG's New EV Battery Plant Is a Welcome News for Tesla
Tesla Giga Berlin's New Hurdle: It's Not Only the Gov't, but Now Tesla Itself
END_OF_DOCUMENT_TOKEN_TO_BE_REPLACED