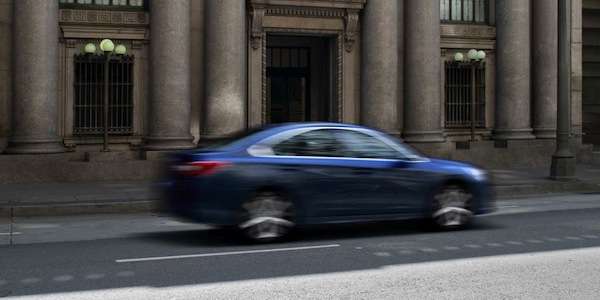 2015 Legacy is just another hot model in Subaru’s lineup

The Automobile Journalists Association of Canada (AJAC) announced the 2015 Subaru Legacy as the 2015 Canadian Car of the Year.
Advertisement

Subaru is known for their all-wheel-drive multi purpose SUVs, crossovers and performance vehicles. Most consumers don’t think of Subaru when they think of great sedans. Subaru added another award to the trophy case, not with their Forester, Outback or WRX line, but with their newly redesigned 2015 Legacy sedan.

Not the first award for Legacy

The all-new redesigned 2015 Subaru Legacy sedan has been in the news quite a bit lately, and was named Canada's best new family car in the under-$30,000 category this past December. Legacy also received the Canadian Residual Value Segment Award as the Best Midsize Car from ALG. Now the new sedan is getting the 2015 Canadian Car of the Year award. Legacy received the award at the Canadian International Auto Show in Toronto.

The 2015 Subaru Legacy was one of four finalists vying for top honors as the Automobile Journalists Association of Canada (AJAC) Canadian Car of the Year. The Legacy beat the Hyundai Genesis, Mercedes-Benz C300 4MATIC and the Volkswagen Golf to win its latest award.

AJAC puts all the cars through the paces, includes real-world driving on public roads, and the journalists evaluate everything from safety features to cargo capacity, in order to select the best new vehicles in various categories.

Ted Lalka, vice-president at Subaru Canada, accepted the award during the media preview day at the Canadian International Auto Show in Toronto yesterday. “At Subaru, we have a wonderful reputation for engineering, design and building great SUVs and performance cars. But for many Canadians, it comes as a surprise that we actually have great sedans. This new Legacy is changing that.”

For 2015, Legacy received new exterior styling, a larger cabin with interior refinements, new infotainment system and improved fuel economy. With Subaru’s Symmetrical all-wheel-drive as standard, Legacy is an all-weather vehicle. Like all Subaru models, the new sedan is an Insurance Institute for Highway Safety Top Safety Pick, and models equipped with optional EyeSight safety technology, have earned a superior rating and Top Safety Pick Plus award.

The entire Subaru lineup seems to be on fire and the new 2015 Legacy sedan is another hot model for the Japanese automaker in North America.