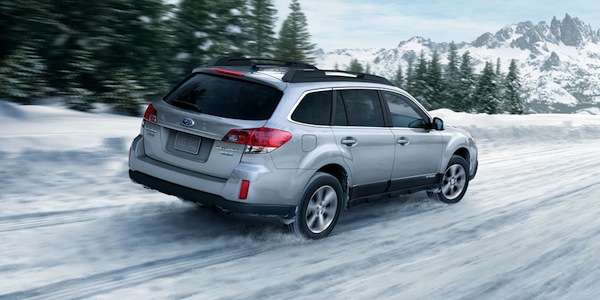 The 2014 Canadian Black Book Retained Value Award in the mid-size car segment is presented to the 2014 Subaru Outback.
Advertisement

Subaru's sport utility wagon, the 2014 Outback takes home another award for retaining its value better than any other mid-size car. Subaru of Canada announced the new 2014 Outback featured prominently in the annual Canadian Black Book (CBB) Best Retained Value Awards. For the fifth year in a row, the Subaru Outback sport utility wagon has claimed the CBB Best Retained Value Award in the mid-sized car segment.

"Depreciation has always been the single greatest cost of vehicle ownership," said Shiro Ohta, president and CEO of Subaru Canada. "With 2014 marking the fifth consecutive year that the Subaru Outback has earned the Canadian Black Book Best Retained Value Award, it is clear that our commitment to the four pillars of the Subaru brand - safety, versatility, performance and durability - is why more customers than ever are choosing a Subaru."

The 2014 Outback isn’t the only Subaru car that was honored with an award. The sixth annual ALG awards are in and the 2014 Subaru BRZ holds its value better than any other sports car. The 2014 Subaru BRZ takes home top honors in the hotly contested Sports Car segment in the sixth annual ALG awards. These annual awards from ALG are given to the cars that are predicted to hold their value better than any other vehicles in their segment. 2014 Subaru BRZ is the Sports Car ALG has given the honor to again this year. This is the second year in a row BRZ gets the award in the Canadian Residual Value Awards.

The 2014 Subaru Outback utility wagon also received an award from ALG. In the “newly segmented” category, Mid-size Utility Vehicle-2 Row, Outback was given this award. Outback has received this award for the fourth consecutive year. This is especially notable as ALG's Residual Value Awards have only been announced in Canada for the past six years.

The 2014 Subaru Outback continues to pile up awards and Subaru's sport utility wagon, takes home another award for retaining its value better than any other mid-size car. Both 2014 Outback and 2014 BRZ are good values for the long term. Stay tuned to Torque News as the all-new 2015 Subaru Outback is unveiled at the New York Auto Show in April.