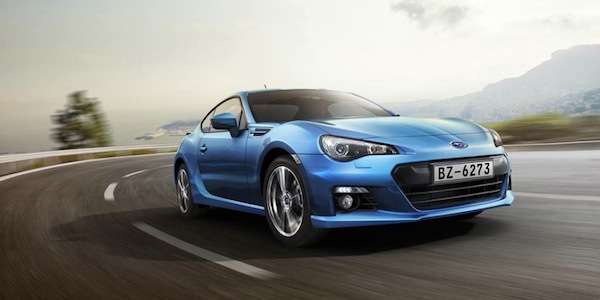 2014 Subaru BRZ holds value better than any other sports car

The sixth annual ALG awards are in and the 2014 Subaru BRZ holds its value better than any other sports car. 2014 Outback also takes home an award.
Advertisement

The 2014 Subaru BRZ takes home top honors in the hotly contested Sports Car segment in the sixth annual ALG awards. These annual awards from ALG are given to the cars that are predicted to hold their value better than any other vehicles in their segment. 2014 Subaru BRZ is the Sports Car ALG has given the honor to again this year. This is the second year in a row BRZ gets the award in the Canadian Residual Value Awards.

What makes the 2014 Subaru BRZ the top rated sports car to keep its value? Part of the reason is the BRZ is an affordable sports car to start with. Here in the U.S., BRZ Premium has a starting MSRP of $25,595. There aren’t any other cars in the segment, (besides its twin Scion FR-S), that offers so much fun for the price. But it’s more than just price that makes BRZ attractive for sports enthusiasts. BRZ is a true sports car.

It starts with rear-wheel-drive configuration. All true sports cars must have rear-drive for optimal performance. It also includes a rigid, lightweight body and powerful brakes assisted by control-enhancing technology. This allows BRZ to quickly shave off velocity while precisely setting up a perfect line in the corners. It features vented disc brakes, electronic brake-force distribution, and it’s lightweight-2,762 lbs. The 200 hp 2.0-liter Subaru Boxer engine sits low in the chassis. It all adds up for the perfect balance in a two-door sports car.

"For the second consecutive year, the Subaru BRZ takes home the Residual Value Award in the Sports Car segment," said Helby. "Its combination of low entry price, thrilling performance and Subaru dependability make it one of the best bargains in the segment in many years."

How do the awards work? This year's awards are based on 2014 model year vehicles. Annually, ALG Canada Residual Value Awards, recognize automakers' outstanding achievements for vehicles that are predicted to retain the highest percentage of their original price after a three-year period for luxury brands and a four-year period for mainstream brands. Awards are given in 24 vehicle categories and also for the two brands with the highest overall predicted residual values among all mainstream and premium vehicles.

"Our approach is designed to give the Subaru driver an unsurpassed level of confidence behind the wheel," said Shiro Ohta, president and CEO of Subaru Canada. "This dedication has helped us consistently rank as one of the industry's top manufacturers. Having the highest predicted resale value in two segments will help more and more Canadians put Subaru on their shopping lists."

The BRZ isn’t the only Subaru car that was honored with an award. The 2014 Subaru Outback utility wagon received an award in the “newly segmented” category, Mid-size Utility Vehicle-2 Row. Outback has received this award for the fourth consecutive year. This is especially notable as ALG's Residual Value Awards have only been announced in Canada for the past six years.

The sixth annual ALG awards honor 2014 vehicles predicted to hold their value better than any other vehicles in the segment. The 2014 Subaru Outback is top in the Mid-size Utility Vehicle-2 Row category, and 2014 Subaru BRZ proudly takes home top honors again in the “hotly contested” Sports Car segment for the second straight year.