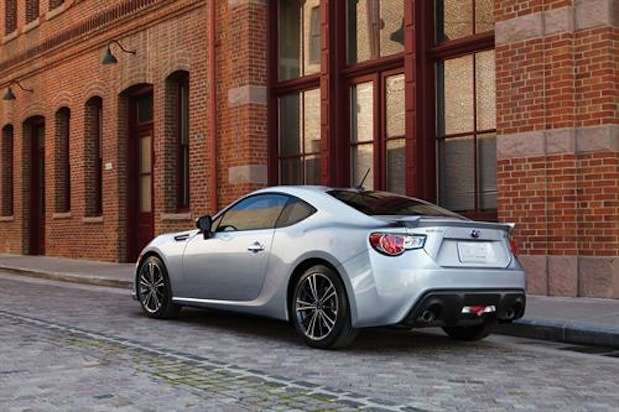 The 2014 Subaru BRZ pricing has been announced and the sport coupe gets a small price increase and a few equipment changes.
Advertisement

Sales of the BRZ have been through the roof and Subaru has been increasing production to keep up with the strong demand. Subaru of America reports Sales of the BRZ were up 41 percent in June and up 200 percent year-to-date, bolstering record-setting corporate sales for the first half of the year. With sales up 27 percent overall and more than 240,000 units sold through July, Subaru of America is on target for another all-time yearly sales record.

The BRZ is still available in Premium or Limited trim levels and include all performance features like a sport-tuned suspension with front strut brace and TORSEN limited-slip differential. BRZ for 2014 will still feature the 200 hp Boxer engine coupled to the six-speed standard gearbox. It still remains a practical daily driver and a powerful performer offering 2+2 seating and a folding rear seat.

New for 2014 is an Aha infotainment smartphone integration that is included with the standard navigation system. The 2014 BRZ should still remain a popular sport coupe as it’s affordable and fun to drive for sports enthusiasts. While the hp reamins the same, so does the level of driving dynamics that buyers are looking for.

Stopping ability on the Japanese tS will be improved with the addition of 17-inch Brembo performance ventilated disc brakes that can be seen with the STI logo. Larger 18-inch aluminum wheels wrapped in 225/40ZR18 Michelin Pilot Super Sport tires will give the new tS a more commanding appearance. tS will also feature exclusively-tuned VDC (Vehicle Dynamics Control) for extra stability.

The Japan tS model is likely a forerunner of the expected BRZ STI. For now, The 2014 Subaru BRZ remains a fun performer with an affordable price. Stay tuned as we bring you the latest news on the Subaru BRZ.