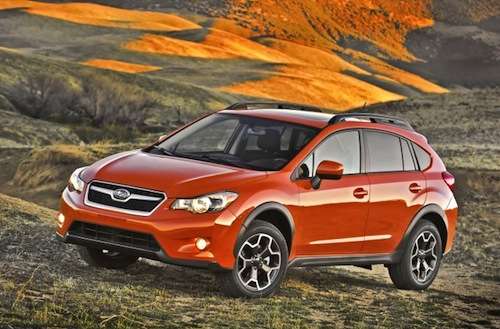 Subaru launched the all-new 2013 XV Crosstrek in September and sales in Japan have already more than quadrupled the Japanese automakers initial sales goals. Subaru Japan has announced that cumulative sales of the new XV Crosstrek reached 4,277 units in Japan after just one month. Fuji Heavy Industries, the manufacturer of Subaru, had an original monthly sales target of 1000 cars. The popular XV Crosstrek looks like it’s going to be a bigger hit with consumers than expected.

While the Japanese automaker hasn’t released U.S. sales figures, we would imagine the new crossover is having similar success here in North America. Last month, Subaru of America had a 32 percent increase over September 2011. The all-new Subaru Impreza is accounting for much of that sales increase. It will be interesting to see how well the new XV Crosstrek is doing here with its pricing and options.

Subaru is expecting strong sales this fall here in North America. Thomas J. Doll, executive vice president and COO, Subaru of America, Inc. said, “XV Crosstrek, the most fuel efficient crossover vehicle in America, has just arrived in showrooms and we know this vehicle will further fuel our sales growth this fall.” Subaru touts the new XV Crosstrek as the most fuel-efficient all-wheel-drive crossover on the market. Projected mpg on the XV Crosstrek is 23/30 city/highway for the manual and 25/33 city/highway for the CVT. The new crossover has also received a significant safety award making Subaru the only manufacturer with 2012 IIHS Top Safety Picks for its entire lineup.

EyeSight isn’t offered on the all-new XV Crosstrek here in the U.S. yet, and is only offered on the new 2013 Subaru Legacy and Outback models. Subaru typically tests the success of options and features in Japan before offering them to global markets. With the success it’s having in Japan, we would expect to see it here in the U.S. next year. Subaru has released an interactive online brochure with complete buyer information with all available options and features.

Japanese sales are also seeing two popular colors selling well. The "Tangerine orange pearl" and "Desert khaki" are the exclusive colors for the 2013 Subaru XV and have been in a great demand. They account for 30 percent of exterior color choice by buyers.

The all-new 2013 Subaru XV Crosstrek has exceeded sales expectations in Japan and it looks like it will be as popular here in the U.S. Stay tuned