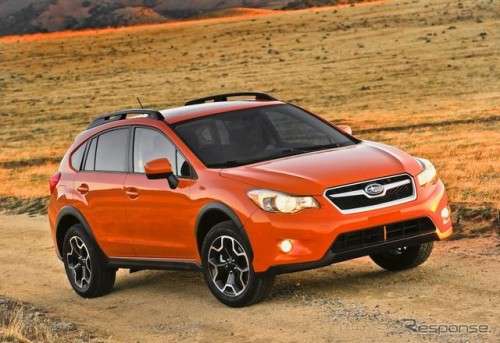 Subaru has announced pricing on the all-new 2013 XV Crosstrek just before it begins to arrive in showrooms.
Advertisement

Subaru has announced pricing on the all new 2013 XV Crosstrek crossover just before it begins to arrive in showrooms across North America. Pricing starts at $22,745 MSRP for the Premium model and $25,245 MSRP for the Limited version (after a $750 destination charge is added). This puts the five-door XV Crosstrek price-wise between the Impreza and the larger Forester.

As we reported earlier this week, Subaru has already shipped a few 2013 XV Crosstrek’s to select Subaru dealers in the Rocky Mountain Region for customers before they officially arrive in mid-September. Although customers couldn’t actually drive the new crossover, they could sit in the XV Crosstrek, check out all the features, and ask the sales people questions.

The Subaru XV Crosstrek is a five-door crossover that is based on the Subaru Impreza hatchback, but comes with an expanded capability chassis with 8.7 inches of ground clearance, 17-inch alloy wheels, larger front brakes, a larger fuel tank and special black wheel arch and rocker panel cladding. The XV Crosstrek features will allow the new crossover to be more rugged for those wanting a "go-anywhere" vehicle.

Both models will be powered by a 2.0-liter four-cylinder boxer engine producing 148 horsepower and 145 lb. ft. of torque. Each will be mated to either a five-speed manual or a Continuously Variable automatic (CVT). Projected mpg on the XV Crosstrek is 23/30 city/highway for the manual and 25/33 city/highway for the CVT. Subaru claims that the 2013 XV Crosstrek will be the most fuel-efficient all-wheel-drive crossover available.