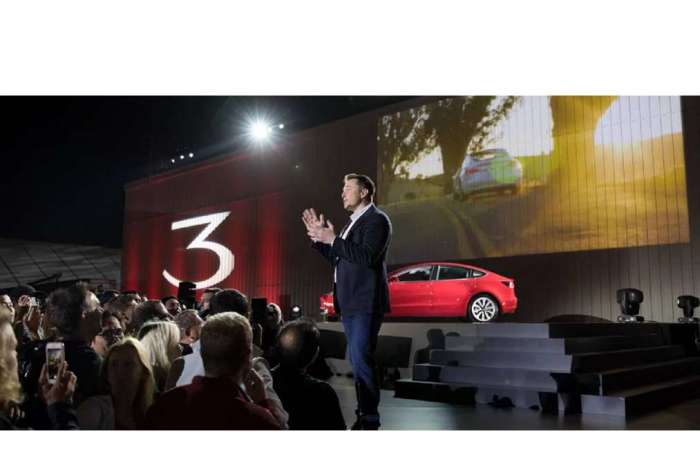 Tesla is coming under scrutiny for unintended acceleration. Here's what Tesla has that Audi and Toyota did not to defend itself. And one important tool Tesla lacks.
Advertisement

The following is an opinion story:
It Began With Audi
First, it was Audi's turn to be the car that everyone loved to point to as the car that would run away without driver input causing damage, destruction, and death. If you remember the 1980s the Audi saga is surely familiar to you. 60 Minutes ran a segment covering the issue. Multiple recalls offering a solution in search of a problem were conducted. A lawsuit spanning 3 decades ensued.

Then It Was Toyota
Next, it was Toyota's turn to be the whipping boy. This time, it wasn't just NHTSA that got involved. The FBI investigated Toyota. NASA was asked to help. In the end, a settlement of $1.2 billion was the solution. I owned one of the vehicle that the settlement covered. I received $29. Lawyers received millions. There was no real cause ever found. No real fix ever instituted. People just moved on. Cars of all makes, models and generations continue to have unintended acceleration problems.

Tesla's Turn
Now it's Tesla's turn to try to explain the unexplainable. Why a car they make is accelerating when its owner feels it should not. Tesla has benefitted from three new technologies developed to limit unintended acceleration that it can employ to help prevent the issue. First, a "gear" selector interlock. Tesla could prohibit its vehicle to be placed into a forward motion without the driver first having a foot on the brake. Modern cars of every brand employ this technology. Next, Tesla can employ programming that will not allow for two-foot driving. A car with this technology can either be braking, or it can be accepting input from the power pedal. Not both. If the brake is pressed, the accelerator is programed to go dead. Last, Tesla can employ simple floor mat securing pins that prevent a floor mat from riding up into the pedal areas and causing mayhem. In almost a decade of testing vehicles, I have not tested many that did not employ all three of these technologies.

Two New Technologies That Will Help Tesla
However, these are not the two critical technologies that Tesla can employ in its defense. The first is data logging. Tesla vehicles have the ability to track the inputs and outputs the car receives and produces. This will be very helpful in doing post-crash analysis. It should help to prove, in Tesla's defense, that the whole thing is hogwash. Or, it might show that it is not. How will Tesla fans react if they find out a Tesla datalogger shows a Tesla vehicle did, in fact, accelerate without driver intending it to? That would be interesting.

The second is automatic emergency braking (AEB). Tesla entered the modern automotive age just as AEB was flowering. Not all Tesla vehicles on the road have the technology, but most do. Tesla was one of the last brands in its price segment to employ autobraking, but it did catch up. Today all of its vehicles sold have the technology standard. AEB can and does intervene in situations where a vehicle may, as an example, suddenly accelerate toward your garage wall. We know because we have had AEB work in exactly that situation many times. In fact, the technology is oversensitive if anything. AEB should work regardless of where a driver's foot is. Floor the power pedal, or floor the brake. It makes no difference. The whole point of AEB is that it can (and often does) over-ride driver inputs to prevent a crash. It should brake and disable the power to the wheels if the driver is flooring the power pedal and a solid object is detected ahead.

Tesla's Possible Defense and Brand Management
As Tesla enters the virtual reality of the unintended acceleration stigma, it will be very interesting to see how Tesla handles this situation going forward. Tesla fans and Elon Musk wish to pin this entire thing on a short-seller conspiracy. That's fine by this writer. However, anyone who has followed Tesla knows that owners have reported unintended acceleration in Tesla's own forum and in other ways for years. A lawsuit was brought against Tesla in 2017 for unintended acceleration. And then a class-action suit was filed. Tesla settled it in 2018. The terms of the settlement were not disclosed.

As the NHTSA investigation into unintended acceleration begins to unfold, watch for how the Tesla data logging facts turn out. Watch for the reaction from Tesla if a vehicle with AEB is proven to have crashed when the driver was providing a power input. Arguing the vehicle was not designed to stop itself is going to fall flat. A lawyer is going to drool at the possibility of Tesla using that defense given that it has names for its driver-assist systems including "Autopilot" and "Full Self Driving."

What Tesla Is Lacking
Tesla should look back to the Audi and Toyota sagas and prepare for a defense that is 50% engineering analysis and 50% brand management. Since Tesla has no PR employees or PR agency professionals that respond to automotive media requests for information or support, and subsequently has no goodwill on which to draw to get its side of the story out, Tesla had better hope the engineering part goes its way indisputably. As the prior two examples show, an automaker's reputation can be nearly destroyed and billons spent defending against this hard to disprove issue. And the media relish the chance to cover such topics.

Dirk Woods wrote on January 25, 2020 - 10:48am Permalink
Short seller conspiracy? Really? Is the person who reported it to NHTSA a famous short seller of Tesla stock or not? Have the 127 internal investigations shown 2 sensors on each vehicle showing that the owner accelerated or not? Have the prior claims against Toyota shown more driver error than not? Just because a driver with an ax to grind doesn't recall putting his foot on the accelerator accidently it doesn't mean it didn't happen. You are spot on about the rest as far as I am concerned. They need to get real smart real quickly about real world PR and not rely on Elon's ego to get them through this one.
DeanMcManis wrote on January 26, 2020 - 4:42am Permalink
This story is fake news. The petition was NOT filed by 127 people, it was filed by one man. Who (not coincidentally) is a known Tesla stock short seller, and who clearly did this as a FUD, stock manipulation, profit scam. Since the sudden unintended acceleration incidents were recorded in the past, Tesla had super detailed electronic records compiled, and they have already reviewed every single one of them, and they have proven that ZERO of the incidents were due to any automotive hardware or software problems. 100% of them were due to drivers stepping on the wrong pedal. The Tesla's brake design has several systems that prevent acceleration whenever both the brake and accelerator pedals are pressed. And they even have a feature that cuts power if the driver steps on the accelerator pedal but there is an object in front of the car. Plus there are redundant checks for false or conflicting inputs in the ABS system. There is even an accelerator override control on the right steering stalk that manually cuts power if the driver wants to cut acceleration without hitting the brake pedal. As far as the earlier Toyota SUA claims go, the Department of  Transportation re­leased the results of its study into the many reports that various Toyota and Lexus models were accelerating out of control. The DOT concluded in 2011 that, other than a number of incidents caused by accelerators hanging up on incorrectly fitted floor mats, the accidents were caused by drivers depressing their accelerators when they intended to apply their brakes. “Pedal misapplication” was the DOT’s terminology  for the problem. I believe that a claimant should be personally fined if it is proven that a petition issue was never a real problem in the first place, and that it was obvious that their primary motivation for filing the petition was hurt the company's reputation specifically to make money, as this scam clearly was.
Dirk Woods wrote on January 27, 2020 - 11:46am Permalink
NHTSA said it was more than 1 person who reported. We all know the majority of reports are from the short seller, whether it was 126 or 65 is less material than the fact that the car sensors suggest that 100% of the cases were due to the driver pushing the accelerator. That is "sudden unintended acceleration". It just isn't Tesla's fault, that belongs to the drivers.
DeanMcManis wrote on January 27, 2020 - 3:39pm Permalink
I agree that the most important fact is that it was the DRIVERS fault that they stepped on the wrong pedal and accidentally accelerated into objects, and that the fact that the Tesla cars worked correctly was proven by detailed vehicle sensor system records. I am just annoyed that a greedy stock speculator can mis-use a government watchdog agency for personal profit. And also that nobody is holding CNBC and Reuters accountable for mis-reporting this issue as an ongoing government investigation without doing proper research into the scam beforehand, and further not exposing the lie once it was proven to be false.
Dirk Woods wrote on January 28, 2020 - 6:22am Permalink
Agree on all accounts.in a in deal world the trader would be fined/jailed for a fraudulent abuse of a public resource and news organizations couldn’t just claim an absence of malice. Fortunately, the technology is too compelling for the short seller to be anything more than road kill for the abuse of my tax dollars.