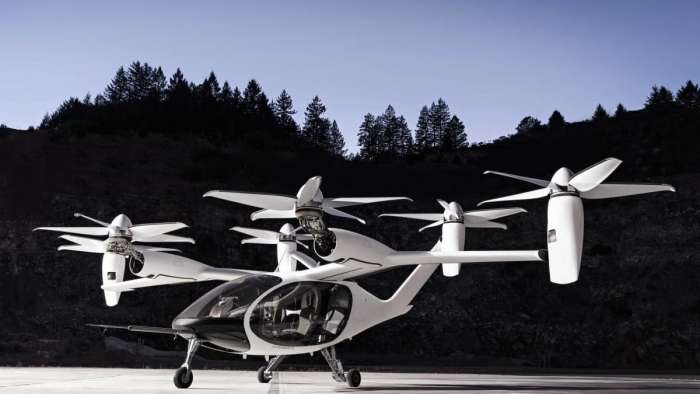 Toyota has just partnered with Joby Aviation. Joby is developing a tilt-rotor, all-electric, vertical take-off and landing (eVTOL) aircraft. If you are familiar with the Marine's Osprey you may already know the general concept. If not, think minivan under a drone.

The link between aviation and automobile manufacturing goes back over a century. In the modern age, Honda has been deep into commercial and private jets over the past few decades. Now Toyota is hedging its bets that air mobility will be a profitable space in which automakers may find profits. “Air transportation has been a long-term goal for Toyota, and while we continue our work in the automobile business, this agreement sets our sights to the sky,” said Toyota Motor Corporation President and CEO Akio Toyoda. “As we take up the challenge of air transportation together with Joby, an innovator in the emerging eVTOL space, we tap the potential to revolutionize future transportation and life. Through this new and exciting endeavor, we hope to deliver freedom of movement and enjoyment to customers everywhere, on land, and now, in the sky.”

To this former engineer's eyes, there is nowhere near enough battery space on the vehicle pictured above. The lift/thrust to weight ratio must be terrible, and with current battery technology, the vehicle would weigh too much to fly any meaningful cargo or passenger weight. Like EVs, the battery technology will be the limiting factor. Vehicles that look similar to this but use hydrocarbon fuel could fly today. If there is a viable taxi market for such transportation, why aren't they?

Joby says its design specs include 5 passengers and a 150-mile range. So, assuming Joby's aircraft would need its own custom landing pad and charger, the range will be 150 miles between its custom pads. Not 150 miles from your current point to one you wish to be at. That means another ground vehicle will be involved in your trip at each end. Just to add some perspective, the distance from Boston to New York is about 210 miles. The distance from Los Angeles to San Fransisco is about 375 miles. Joby's aircraft (if successfully developed) would be used to take you from point to point within the same metro area, but could not take off from or land at the exact spot you wish to travel to.

Toyota has provided about a half billion U.S. dollars in series C financing to Joby. Joby Aviation founder and CEO JoeBen Bevirt said: “This collaboration with Toyota represents an unprecedented commitment of money and resources for us, and for this new industry, from one of the world’s leading automakers. Toyota is known globally for the quality and reliability of their products driven by meticulous attention to detail and manufacturing processes. I am excited to harness Toyota’s engineering and manufacturing prowess to drive us toward our dream of helping a billion people save an hour+ commuting time every day.”

Check out my latest story: Be Careful to Check The Temperature Rating When Buying Windshield Washer Fluid - Here is Why.

Digitaldoc wrote on January 17, 2020 - 3:26pm Permalink
Seems like a waste of money to spend so much on such a project at this point. If only they spent this on a 4Runner update, Tacoma transmission for an 8 spd, or bringing the 3 cyl turbo Yaris to the US.

Tsingshan's Threat to Tesla: EV Maker Is In Battery Crosshairs
Tesla-Funded Research Reveals One of The Biggest Mysteries of EV Battery
END_OF_DOCUMENT_TOKEN_TO_BE_REPLACED