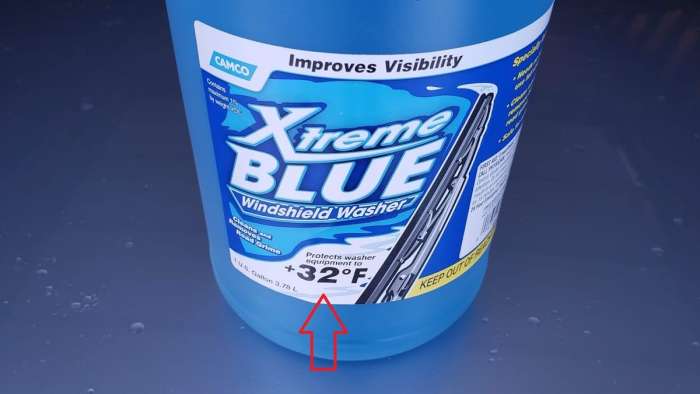 In this public service announcement, Torque News highlights the risk of putting the wrong window washer fluid into your vehicle.
Advertisement

Cleaning a Windshield In Winter
One of Torque News' many remote offices is in Metro Boston. Here in the snowbelt of Massachusetts, we can get as many as ten feet of snow per year and we like to salt our cars until there is nothing left of them but the seat frames. All that road salt makes keeping one's windshield clear tricky. Windex and other windshield cleaners don't work well because the salt and sodium smear, rather than lift off the glass.

The most practical way to clean your glass short of a full car wash is to spray a liberal amount of the blue stuff out your washer nozzles every few miles from November to May. Ours was recently reluctant to spray, so we investigated and found the problem was not the car, but the fluid.

Wrong Windshield Washer Fluid
Somehow, in a region that has been fighting winter driving challenges successfully for over a century, some numbskull purchasing agent at a local large supermarket chain managed to source some window washer fluid that freezes up at 32F. We inadvertently purchased some and used it. When we went for the bottle the next time it was a container of slush. Upon close inspection, we found that it was not rated for below freezing. You can see the bottle in the image above. This fluid was purchased mid-January in the dead of dark winter. 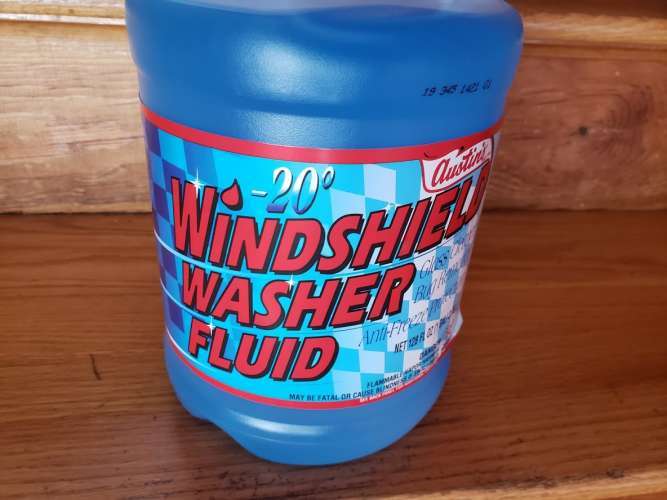 Correct Windshield Washer Fluid
We thought we would share what a proper bottle should look like. The image above shows a rating of -20. That's the range you need in winter weather. When you shop for your next bottle of the blue stuff, take one second and be sure the rating matches your local weather.

DeanMcManis wrote on January 28, 2020 - 11:11am Permalink
Nice tip John. Also for those of us living in generally warmer climates it is important to use some sort of washer fluid instead of just water. Growing up and having many cheap, older cars, it was standard practice to refill the window washer tank with water from a hose. But in addition to freezing up in cold weather, and not having cleansers to dissolve gunk, and have a really clean windshield to see through, just using plain water can breed bacteria in the washer fluid storage tank, which can be breathed in once it is sprayed on your windshield.
John Goreham wrote on January 28, 2020 - 11:29am Permalink
Thanks Dean! I never knew those warm-weather tips.
john ajax wrote on April 23, 2021 - 6:50am Permalink
Nice article and thank you for this valuable information
janesloan wrote on April 26, 2021 - 5:32am Permalink
Thank you for sharing this information