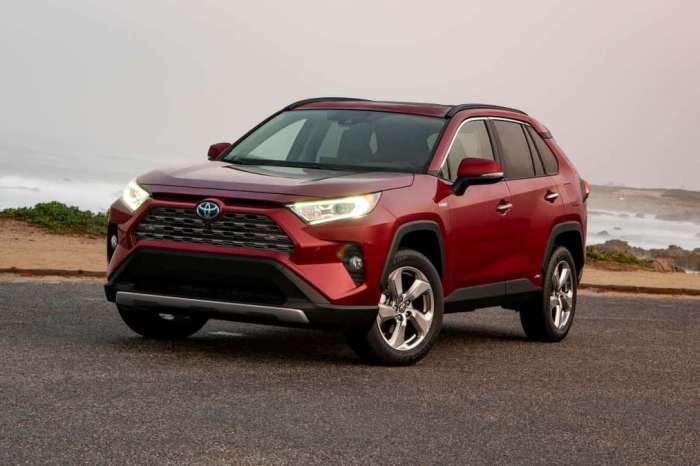 A new study conducted by the U.S. Department of Energy and Argonne National Labs predicts that hybrids are the least expensive crossover vehicles to own, battery-electric the most expensive for the model year 2025. Here are some interesting findings from the study.
Advertisement

A new study conducted by the U.S. Department of Energy and Argonne National Laboratory shines a light on many attributes of vehicle ownership. The study looked closely at the various types of crossover vehicles (small SUVs) and found that battery-electric vehicles (BEVs) do not have the best lifetime cost of ownership. Rather, hybrids (HEVs) do. In fact, battery-electric vehicles were found to have the highest lifetime cost of ownership. Higher even than internal combustion engine-powered vehicles (ICE). 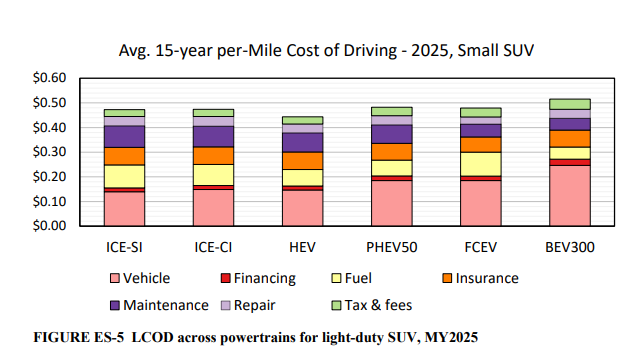 Page 24 of the Summary includes this prediction for the Lifetime Cost Of Driving (LCOD) of model year 2025 vehicles: “Figure ES-5 shows Total Cost Of Ownership results from this study comparing the LCOD of six different powertrains for a small SUV in 2025, modeled using Autonomie. Based on the assumptions chosen, the hybrid electric vehicle (HEV) has the lowest cost, followed by the conventional gasoline-fueled spark-ignition internal combustion engine (ICE-SI). The fuel cell electric vehicle (FCEV), the diesel-fueled compression-ignition internal combustion engine (ICE-CI) vehicle, and the plug-in hybrid electric vehicle (PHEV) have similar costs, while the BEV is the most expensive.” 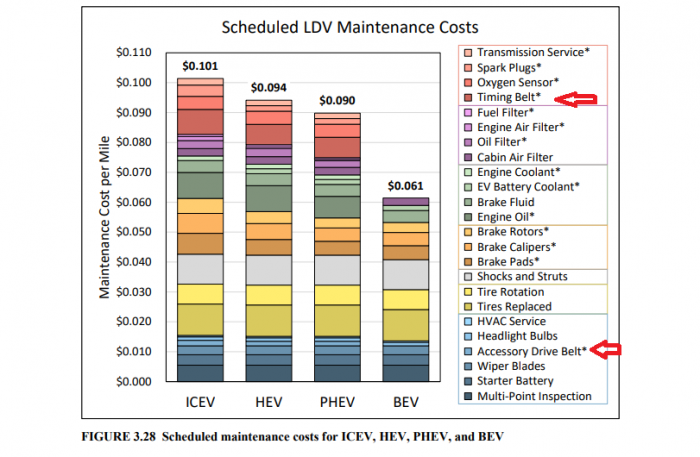 The study also looks at the maintenance and repair costs of various vehicle types. The study concluded that battery-electric vehicles had the lowest maintenance costs. However, take a closer look at what is included in the maintenance of the vehicles and the methodology becomes questionable. For example, among the highest cost maintenance items one can perform on an engine is an engine timing belt replacement. That pricey maintenance job is included in the plug-in hybrid and hybrid costs of maintenance. Yet, none of the top-selling plug-in hybrid-electric vehicles (PHEVs) or hybrids in America actually have a timing belt anymore. Like starter motors, power steering pumps, and transfer cases, they have been designed out of modern green vehicles. Similarly, accessory drive belts are included in the costs for PHEVs. You won’t find an accessory drive belt under the hood of the Toyota RAV4 Prime, presently the fastest-selling green vehicle in America. It's hard to understand why a researcher working on a study of this type wouldn't know that.

One finding of the study that we have also found in our own analysis of older vehicles with comprehensive maintenance records is that the highest overall cost for maintenance is shared among all vehicle types. The study concluded, “These results show that tire replacement and rotation are large maintenance costs on a per-mile basis, ranging from 17% of total maintenance costs for ICEVs to 29% for BEVs.” See Page 112 for more on this particular topic.

One interesting finding or observation for the study's background materials was that diesel vehicles had the highest maintenance costs. “Total maintenance and repair costs of medium-duty diesel vehicles were about 34% higher than of their gasoline counterparts.” See Page 111 for more context on this finding.

What do you think of the results of this study? Was it a surprise to you that battery-electric vehicles will not have the best long-term cost of driving four model years from now? Tell us in the comments below.

You can view the entire report at this link. The report's cover page is here.