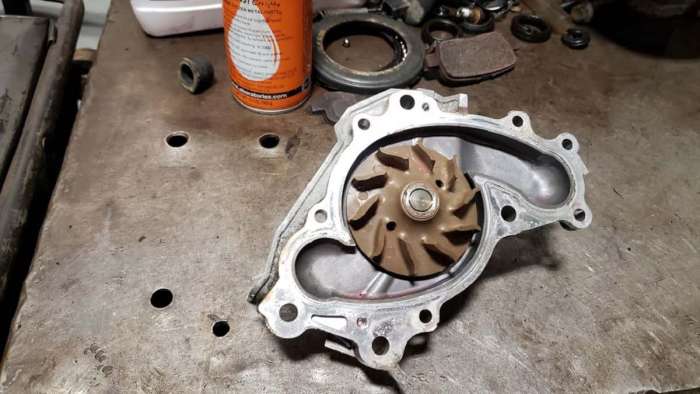 Your mechanic is telling you that you need a water pump when your car is ready for a timing belt, but it's not mentioned in the owner's manual. Is this an upsell or is it really part of the job? Here’s the truth.
Advertisement

A timing belt is one of the most annoying and expensive of all internal combustion engine service requirements. Particularly since not all cars use them. Some modern vehicles like the RAV4 Prime have chains that last the life of the vehicle. A timing belt service can run from around $750 to over $1,000 to have serviced (replaced). Adding insult to injury, your mechanic informs you that you also should change the water pump. She’s right.

Related Story: 30K Service Rip-Off - Why A Mazda CX-5’s 30K Service Can Cost Half What A Similar Crossover’s Does

A timing belt service involves quite a bit of skilled labor. The mechanic will remove some external parts of the engine and move some pulleys and tensioners to get at the timing belt. When that work is done, the water pump is revealed. The reason that mechanics will almost always suggest a water pump be replaced at this point is that the part isn’t that pricey, and the labor to replace one is mostly disassembly and then re-assembly. So, it is cost-effective preventative maintenance to change it when the timing belt service is completed. 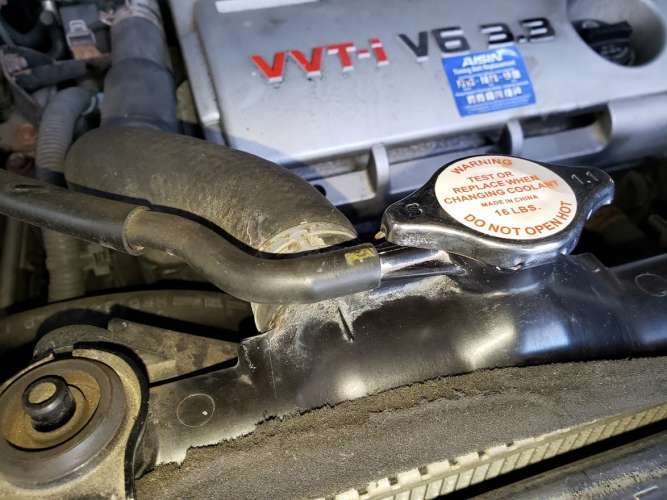 You should also not be surprised if the mechanic also suggests changing a few other items. The coolant is replaced during a timing belt service, and the standard practice is to change the radiator cap as well. That is a $10 to $15 part, and it has a gasket inside that can wear out. So, again, it is smart preventative maintenance.

Next up is the accessory drive belt. Sometimes there are two. These wear out over time as well, and though they won’t destroy the engine if they fail, you will need to be towed. So, out of caution, these are usually also changed. They are removed during the service anyway, so most of the labor is already included. 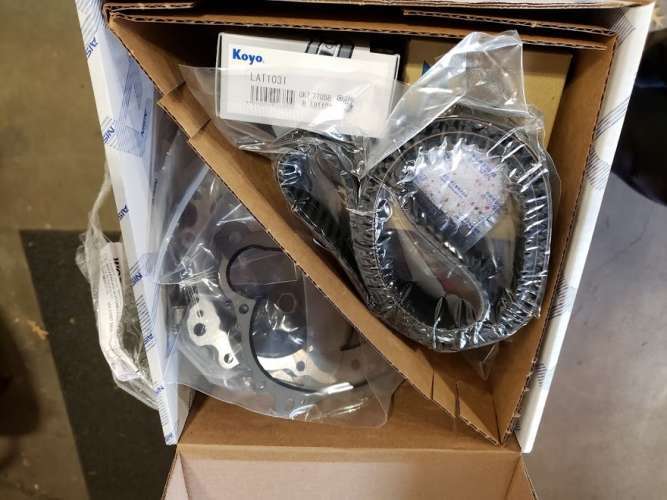 When a mechanic orders a timing belt for your car, it will come as a complete kit. Some are blister-packed, and the parts are laid out in order of their use in the job. Others are in a box. Parts suppliers already know the timing belt will be accompanied by a list of other parts, the water pump, in particular, that will be used in the job.

Finally, there are some coolant hoses that age. A mechanic will usually pinch and visually inspect the hoses and, if they are suspect, change them too.

Related Story: Change Two Honda Air Filters Yourself And Save $100 - No Tools Required

We are all on guard to the up-sell by dealers and some mechanics. In the case of a timing belt service, it just makes financial sense to change out some of the other wear items since the labor is already included in the timing belt change. So, if your mechanic suggests the water pump and a few belts be changed during the service, we suggest you say, “Yes, thank you.”

jg wrote on March 22, 2021 - 11:45am Permalink
Been there, done that — as both a customer and mechanic for multiple manufacturers. This is an example of one of the primary drivers that will force the extinction of the internal combustion engine. What moves “wears” and what wears needs to be replaced. Aside from the environmental impact of harvesting and burning fuel, manufacturing, using, and disposing of all the required lubricants, and all the consumables that go along with operating an engine, the simple fact that there are drastically fewer moving parts in electric vehicles will lead us all into the age envisioned in Rush’s Red Barchetta.
John Goreham wrote on March 22, 2021 - 1:13pm Permalink
My uncle has a country place...
David Baylis wrote on March 23, 2021 - 9:42pm Permalink
The thermostat also could be replaced if the vehicle is getting on in years/mileage

Tesla-Funded Research Reveals One of The Biggest Mysteries of EV Battery
Tesla Tesla Buyer Nets a Whopping $12,000 Discount After Asking for Reduction
END_OF_DOCUMENT_TOKEN_TO_BE_REPLACED