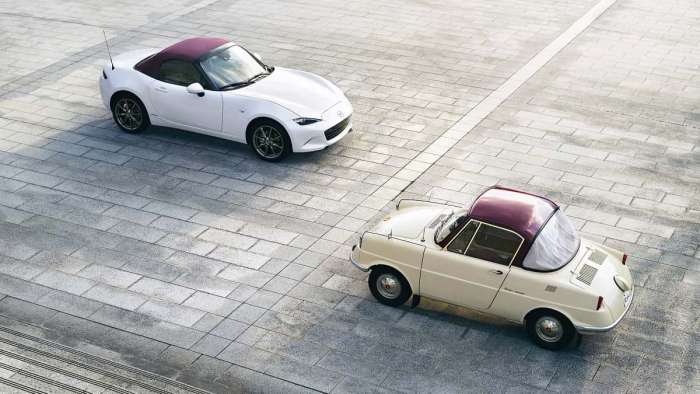 Mazda is about to begin deliveries of a very special Miata.
Advertisement

Later this summer, Mazda will begin deliveries of a very special MX-5 Miata celebrating Mazda's 100th birthday as a company. The iconic Miata is the perfect vehicle to honor the brand’s 100-year milestone.

The 100th Anniversary Special Edition Miata is based on the Grand Touring trim of the Miata and will be offered as both a soft-top convertible and as a retractable fastback (RF). Each will be offered in Snowflake White Pearl Mica premium exterior paint and accented by red styling features throughout. Soft tops will have the red top shown above. The RF will have a black roof. 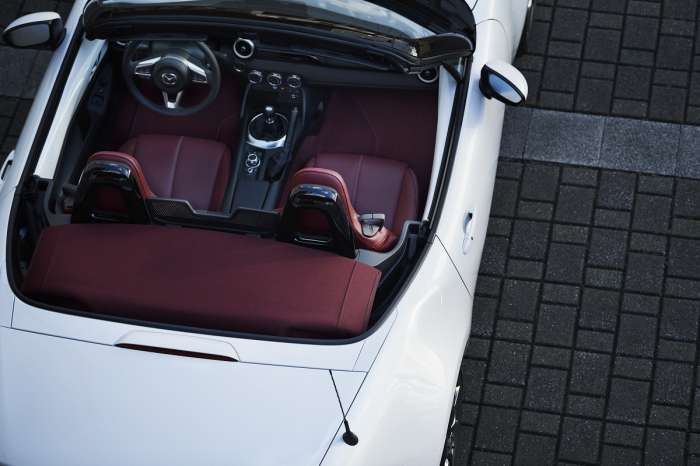 The drivetrain offerings include the same as the conventional Miata cars. The Miata is equipped with a four-cylinder Skyactiv-G 2.0 engine capable of delivering up to 181 horsepower and 151 lb-ft of torque and can be paired with the owner's choice of a Skyactiv-MT six-speed manual transmission or a quick-shifting Skyactiv-Drive six-speed automatic transmission with paddle shifters. Manual transmission versions include a limited-slip differential, Bilstein dampers, front shock tower brace, sport-tuned suspension and, for the RF, a black roof. Infotainment and interior features include Apple CarPlay and Android Auto, heated leather seats, Bose audio system that include driver and passenger headrest speakers, automatic climate control and 17-inch dark silver aluminum alloy wheels.

In addition to this special Miata, the Mazda Collection is introducing 100th Anniversary Special Edition items to express the years of appreciation and to commemorate the brand’s centennial. New items include a cast metal keychain medallion, made in Japan ceramic mugs featuring either the Cosmo Sport or RX-Vision, and model cars in 1/43 scale that feature heritage and concept Mazda vehicles. Also available in early July, is the “Mazda One Hundred” coffee table book, with a curated selection of images that honor the past, present and the future of Mazda.

John Goreham is a life-long car nut and recovering engineer. John has owned Miatas, tested them on both road and track, and has driven race-prepped Miatas. You can follow John on Twitter, and view his credentials at Linkedin