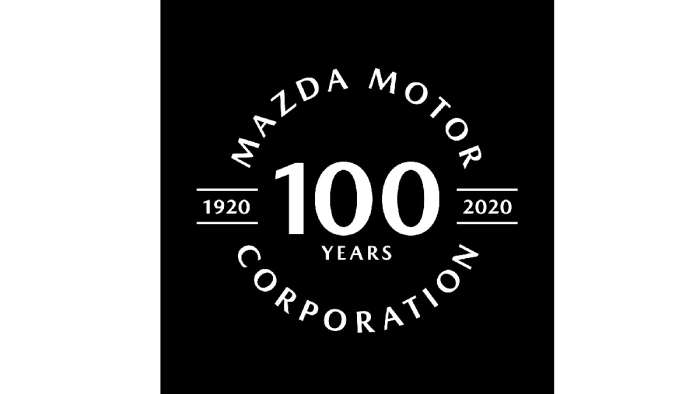 100 years ago this week, Mazda, then called Toyo Cork Kogyo Co. Ltd. was established in Hiroshima Japan. A ceremony commemorating the 100th anniversary of Mazda's foundation took place at the company’s headquarters in Hiroshima during which the company's leaders expressed appreciation to the many stakeholders who have supported the Mazda. Company leaders also reaffirmed resolution for the next one hundred years of Mazda's bright future. Approximately 500 people including executives, employees, and representatives of Mazda's workers’ union and affiliated companies were in attendance.

Having worked for a joint venture with a Japanese company for many years, one of the most interesting aspects of the culture I came away with was the 100-year plan concept. Companies in Japan plan ahead by a century. As time passes, many have events that discuss where the 100-year plan stands, and how the progress toward the overall goals is proceeding. There is no equivalent corporate culture of this type in America.

Centenary official Akira Marumoto, Representative Director, President and CEO of Mazda offered this comment: “Mazda originated as a company producing cork and then took the path to manufacturing automobiles. Now, our cars have found friends with many customers from over 130 countries and regions. We would like to express our sincere appreciation to the customers, dealers, suppliers, business partners and the local community, who have supported us over the years through good and bad times, to whom we owe our 100 years of existence. As we look ahead to the next 100 years, we will continue to put people first and cherish our ‘uniqueness of co-creating with others.’ As we strengthen co-creation and cooperation with all those connected with the company, we will continue to challenge ourselves to create unique products, technologies, and experiences that our customers love.”

Mazda produced its first automobile in 1931. It was a three-wheeled truck called the Mazda-Go. Mazda's first four-wheeled vehicle would have to wait 29 more years, until 1960, at which time Mazda launched its R360 Coupe. Four years later, Mazda launched its first sedan the 800/Familia. Mazda's rotary-engine-powered Cosmo Sport debuted in 1967. The Savanna. known in the U.S. as the RX-7 came to market in 1978. The much-loved MX-5 Miata was born in 1989. It is hard to believe that the Miata has seen five decades. Today, Mazda's sales in the United States are dominated by the popular CX-5 two-row crossover. Mazda is looking ahead to its near future by opening its first American manufacturing plant in Alabama along with partner Toyota.

Torque News wishes Mazda a very happy 100th birthday and best wishes for the 100 years ahead. If you have a favorite Mazda story, please share it in the comments below.

John Goreham is a life-long car nut and recovering engineer. John has covered Mazda closely at Torque News since 2012. His coverage has included racetrack testing of the Miata and other Mazda vehicles on numerous occasions. John's Mazda coverage has also appeared in print in dozens of American newspapers and he provides reviews of Mazda vehicles to many vehicle shopping sites. You can follow John on Twitter, and view his profile at Linkedin.