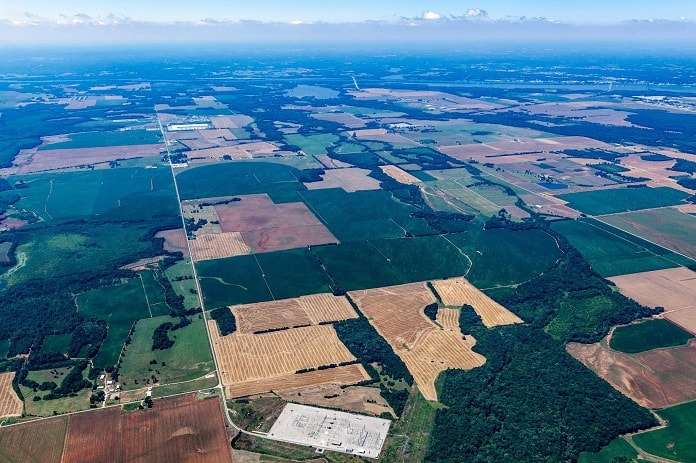 Toyota opts for a second new plant in Alabama to partner with Mazda.
Advertisement

Toyota and Mazda have selected Huntsville, Alabama as the site of the partnership's all-new American manufacturing plant. This is Toyota's second plant in the state and 11th in the United States.The new plant will build a crossover for Mazda and also expand Toyota's Corolla capacity in the U.S. In total, about 300,000 vehicles will roll off the lines once the plant is finished. Production is expected to be underway by 2021.

The new plant will add 4,000 jobs in the area. The total investment is about $ 1.6 billion. This is just one slice of the estimated $10 billion Toyota is planning to invest in U.S. manufacturing over the coming decade.

“With this announcement, our world changes overnight,” said Tommy Battle, mayor of Huntsville. “Mazda and Toyota, two of the world’s most innovative automakers, have created a legacy project that will provide jobs for decades to come for Huntsville and Alabama. It vaults Alabama to the top as an industry leader in producing the next generation of cars that will power our nation.”

Alabama is an easy choice for Mazda and Toyota. Alabama is the fifth largest producer of passenger vehicles in the U.S. Automobile manufacturing currently employs about 57,000 Americans in Alabama. That includes about 1,400 at Toyota's engine plant. The Corolla is currently a top-seller in its class. Approximately 308,000 of the 329,000 total Corollas Toyota sold in 2017 were built in the North American market in which they sold. The UAW is not strong in Alabama and unlikely to unionize the plant.

When the plant is completed, Toyota's total employment in the United States will approach 40,000 Americans.

Related Story: The Made In America Camry Story Most Miss

Reader question: Should Torque News have followed every other media outlet and included a reference to the song Sweet Home Alabama in this story? We value your input.

Alphonso wrote on January 5, 2021 - 12:07pm Permalink
If some one desires to be updated with latest technologies afterward he must be go to see this web page and be up to date daily.
Randolph wrote on January 28, 2021 - 6:28pm Permalink
Generally I don't read article on blogs, but I wish to say that this write-up very compelled me to try and do so! Your writing style has been surprised me. Thanks, very great article.