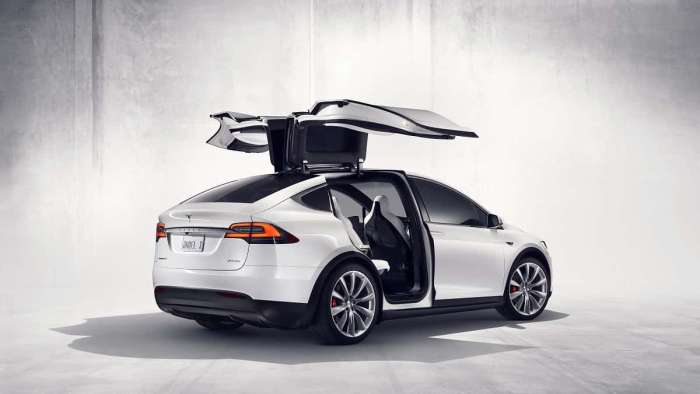 Of the hundreds of models of automobiles for sale in the United States, Tesla's six-figure Model X minivan/crossover has earned the distinction of being one of the 10 least reliable. This according to owners of the vehicle whose complaints were compiled by Consumer Reports in its most recent rankings.

Consumer Reports says that its annual survey of private owners exposes the models with the greatest risks of problems. The group's reliability study encompasses 17 trouble areas. These include nuisances—such as squeaky brakes and broken interior trim, as well as budget-busting catastrophes like out-of-warranty four-wheel-drive system failures. Consumer Reports does not simply count up complaints, but rather, weighs the severity of each type of problem to create a predicted-reliability score for each vehicle. All of the data comes from actual owners of the vehicles ranked.

Amazingly, every model year of the pricey Tesla Model X all-wheel-drive electric minivan has earned the lowest possible score on the Consumer Reports Reliability report, a one out of five, which Consumer Reports denotes with a red colored warning. That includes the 2016, 2017, 2018, and 2019 cars. Tesla prefers not to give its vehicles model years, but in this case, it does not matter since every one built earns the lowest score possible according to owners.

It isn't just low reliability scores that set the Model X apart from other $110K+ luxury vehicles.COnsuerm Reports says of the Model X:
- "Model X is more showy than practical"
- "...unlike in every other SUV, the second row doesn't fold if buyers opt for the two captain's chairs, which compromises utility."

Other Recent Tesla & Consumer Reports News:
The news cycle has not been kind to Tesla as of late. The Model 3 has been booted from the Consumer Reports recommended list due to poor reliability, and the brand fell to below average in the overall brand rankings just released this week.