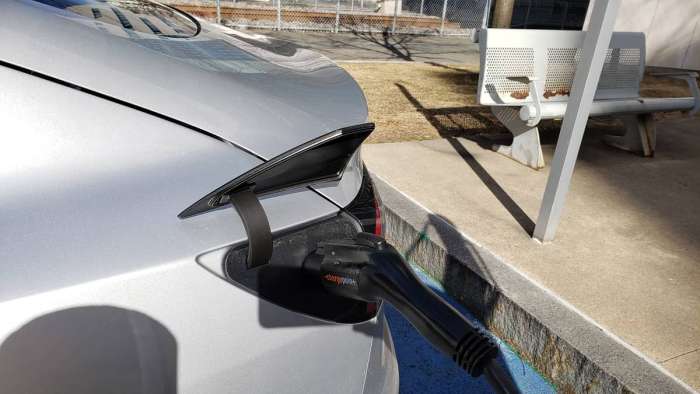 Consumer Reports drops the Tesla Model 3 from its list of recommended vehicles due to problems reported by Model 3 owners.
Advertisement

Consumer Reports has dropped the Tesla Model 3 from its list of recommended vehicles. The move comes as evidence of defects in the Model 3, particularly in early production chaos, reached a level that the publication could no longer ignore.

It should be noted that the defects are being reported not by editors and journalists at Consumer Reports, though the publication was one of the first owners of the pricey electric vehicle. Rather, these reliability and quality defects in the Model 3 are being reported by private owners of this Tesla luxury sedan.

Despite being the most expensive small electric sedan in the EV segment, with prices ranging from about $45K to about $70K, Consumer Reports says that "The Model 3 had below-average reliability." The publication went on to add that "Members told us about problems in their cars, including issues with the door handles and loose interior trim and molding, along with paint defects, and problems with the windows—including glass defects such as cracks."

The Model 3 now has a predicted reliability of just 2/5 on Consumer Reports' scale of five, with five being the highest score and one being the lowest score possible. Owners still report a five for five satisfaction rating despite the Model 3's poor reliability and quality.

Related Tesla News
In other Tesla news, the winter range of the Model 3 and Model S has been found to be significantly lower than the EPA estimates and Tesla promises. Both AAA and Consumer Reports conducted cold weather and warm weather testing that showed when temps drop below freezing and the occupants use the heat, range in Tesla models can drop by more than 40%.

Tesla's focus with the Model 3 this quarter has been to ship as many cars as possible from its California assembly plant all the way to Europe. This move increases the Model 3's carbon footprint and means that sales in the U.S of the model have dropped dramatically, to roughly a third of the U.S. sales Tesla recorded in recent months.

Consumer Reports is a subscription-only publication. You can view the new report we reference here if you are a member.