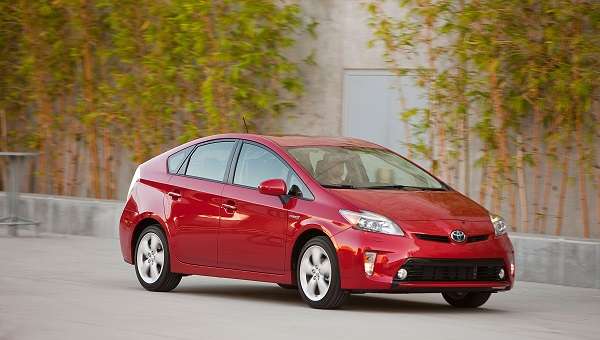 Prius, not Tesla, the best Green Car according to Consumer Reports

2014 Toyota Prius the best Green Car according to Consumer Reports. "This one goes to eleven."
Advertisement

The organization that rates appliances rates the Prius the best one for green driving. Consumer Reports has awarded the 2014 Toyota Prius the Best Green Car award for 2014. That is no surprise because the Prius has now won this award for the last 11 years. In a row. The only reason we bother to mention it is that there are better cars now available for sale that use no gasoline. So why didn’t they win?

There are really a couple reasons that the electric cars are not the best green cars. Let’s get one thing out of the way. Consumer Reports rated the Tesla Model S the best car – period. Just as Elon Musk had promised prior to the car’s launch, the Tesla Model S is, to many, the best car overall on Earth. Actually, on any planet as far as we know. However, despite all the Tesla owners living hand to mouth that write us hate mail when we mention it, you have to have serious dough to get a Tesla. The good ones cost over $100k. After the tax break. Yes after the gas savings too.

The other reason that the other EVs like the Leaf, and the sort of EVs like the Volt, didn't win is that they are not considered by consumers to be as good as the Prius. To some it is range (Leaf is very limited) to others it is brand (Toyota wins every reliability award). The Prius outsells the entire electric car market in the US and its plug-in version is the fourth leading electrified vehicle in terms of sales pretty much each month, unless it is higher.

The Prius sells in huge numbers and if you really want one that plugs in, there is one that does that. If you want one that is an IIHS Top Safety Pick +, the highest safety rating in America (which the Tesla Model S cannot earn), there is one. If you want a wagon, or if you want a wickid’ cheap little tiny one, there is a Prius for you. Over all about a quarter million Americans buy a Prius each year now. By the way, don’t tell anyone we told you this, but Lexus makes a Prius too called the CT 200h, and it is a pretty hot little hatch if you don’t mind the slow acceleration.

Some people don’t like that the Prius is the best green car in the world. Road and Track just did a set-up job on the Prius to prove that the Mercedes E 250 is actually more fuel efficient. It isn’t, and the Mercedes was roughly twice the cost of the Prius, but let’s not worry about that. The Prius is now at the very end of its five-ish-year production life cycle and a new generation will be coming soon that is promised to be cooler looking, better driving, and five percent more fuel efficient. If it is all that, Toyota will very likely earn the Best Green Car award from our favorite home economics magazine for a 12th straight year.