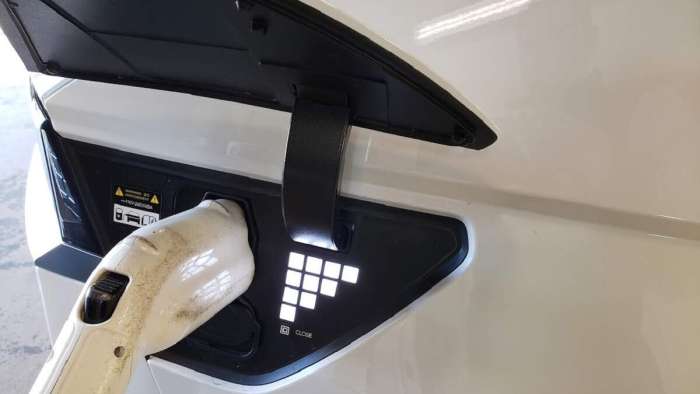 If you own a BEV or PHEV and are still using a Level 1 charger, check out what this owner found when he measured and compared the energy wasted when charging with a Level 1 vs. Level 2 charger.
Advertisement

Torque News recognizes that we are all smarter collectively than individually. When we see a great source of living electric information, we often highlight the source and add in our own angle to give the topic some depth. Case in point, the Ioniq Guy’s latest video.

In his video, the Ioniq Guy explains why he had been charging his Ioniq 5 on a slow Level 1 setup. Level 1 means 115-volts if you need a quick definition. Interestingly, the Ioniq Guy is married to Kona EV gal, who is the master of the couple’s Level 2 charger. She drives more, so she gets the fast charger. With us so far?

One of the many nifty features of the Ioniq 5 is it can tell you how much energy was drawn from the home’s supply, and how much actually went into the battery. In case you are not aware of it, those numbers are never the same. Every EV on every type of charger has “charging loses.” Ioniq Guy explains charging losses if you watch his video.

Ioniq guy decided to carefully record how much charging loss he was getting on both the 115-volt Level one system vs. when he used the Level 2 system. His observation was that even with his relatively few miles per year of driving, he would save about $300 per year if he opted to charge on the Level 2 system. Over ten years, that would be $3,000. If you ever needed an excuse to upgrade to Level 2, you now have it in dollars and cents.

Not every home can add the needed circuit to accommodate a Level 2 charger at a reasonable cost. In some cases (including homes I own), the cost can be between $4K and $6k. If you also have a home that would require expensive upgrades to your panel to add in a circuit for a Level 2 charger, check out this coming solution to that problem.

Tell us if you found this story helpful, but be sure to watch the video, like it, and subscribe to the Ioniq Guy, one of our new favorite sources of living electric information.