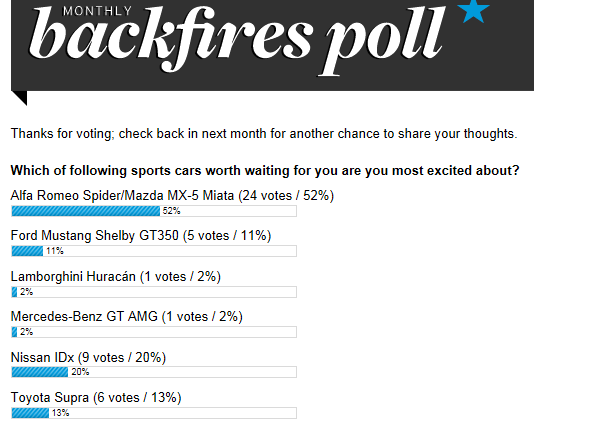 Nobody cares about the new Lamborghini Huracan

Supercars and exotic cars are no longer interesting. Here's why.
Advertisement

Ever since the Bugatti Veyron I have felt that no matter what any automaker did it wouldn't matter. The Veyron had 1000 horsepower and 16 cylinders arranged in a W. Even the V12 owners now felt a little "inadequate" having to park next to that at the country club or wherever people with Veyron money go to park next to someone. The Veyron does not have a "V" engine it has a "W." Cuz w is one better and you don't have that.

The truth is there is no place that cars like this can really run. Even racetracks are not big enough to let them reach top speed. The Veyron made the whole supercar thing un-fun. We need a bigger planet to even enjoy the thing.

Here is another little secret. Most of these supposed supercars are not really that super. Super means way faster than everything else. Nothing is way faster than a Nissan GT-R. The top Nissan cost about a hundred grand. They drive like a go cart with a bomb underneath controlled by the accelerator. Bumps are magnified to the point that on the road it is uncomfortable, and the thing is not much to look at, but other than the Veyron nothing much is faster than the GT-R. The GT-R and Veyron combined are really the death of supercars, exotic cars, and the like.

Worse for the supercar niche is that the old ones are total crap. The Lamborghini Countach, one of the few cars that went through full production without ever being properly pronounced, was a dog. Any modern V8 Camaro would keep up with it, and the Camaro ZL-1 would destroy the Lambo on track, on road, whatever. I was watching “What’s My Car Worth” recently and they had an old Ferrari for auction that looked just like my 2007 Miata. Even the interior and exterior colors were the same. Despite the fancy name and a $1.5 million price tag, the Ferrari was slower than the Miata according to the specs the show flashed on the screen. Another show, Wheeler Dealers, rebuilt a Lotus Esprit. The interior was basically cardboard and fluff with cartoonish looking switches that looked they fell off a shelf at Home Depot. Except they didn’t work.

The inspiration for this story is my evidence I am not alone. Car and Driver had a survey this month in its 25 Cars Worth Waiting For! issue. It asked “Which new car am I most looking forward to?

The cheapest cars we selected as more interesting by the car nuts that read Car and Driver and answer car surveys. If those folks don't care about supercars, who does?

I have owned a Supra and a Miata and I have had about as much fun in those two cars and anyone could possibly have. I already know what the new Miata will be, so I chose the Toyota Supra. Only 2% of respondents chose the Lamborghini or the Mercedes. The Miata got more votes than all other cars combined.

Survey results in the photo are a screenshot of the results of the survey I took. Courtesy of Car and Driver.