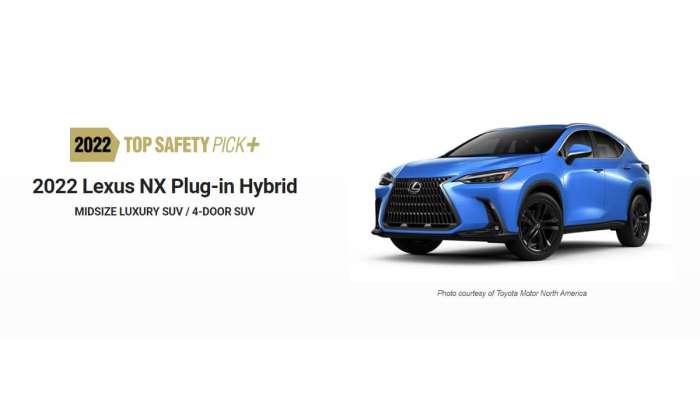 The 2022 Lexus NX 450H+ AWD earns the highest score awarded in the U.S. for safety.
Advertisement

The Insurance Institute For Highway Safety (IIHS) has completed its full battery of safety testing on the newest electrified crossover from Lexus, the NX 450H+ AWD plug-in hybrid-electric vehicle. The new NX has earned the highest possible rating of Top Safety Pick Plus from IIHS. This score is the same as that earned by the similarly-sized and very popular Tesla Model Y crossover. There were some differences to note between the results of the two vehicles’ test results. 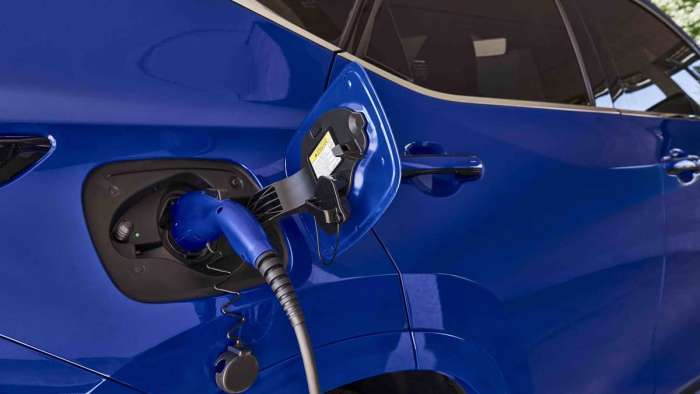 The NX earned an overall score of Good on every dynamic crash test, including the difficult small frontal overlap test. That was the test that the Model S from Tesla was never able to score Good on, despite multiple tests.

One area in which the Lexus NX surpassed the score earned by Tesla’s Model Y will be appreciated by parents. The child seat anchor design in the Lexus earned a score of Good Plus. The Tesla Model Y earned a two-step lower score of Acceptable.

A second area in which the NX has a safety edge over the Tesla Model Y is with regard to headlights. In IIHS testing, all Lexus NX 450H+ trims earned a score of Good. However, the Tesla Model Y’s Long Range trim could only manage an Acceptable rating.

In the roof crush test, a test which is often pointed to by safety experts as a way to gauge a vehicle’s structural strength, the Lexus NX withstood a weight of 19,274 pounds and carried 5 times its weight. The Tesla managed to withstand a bit less. 19,188 pounds and a ratio of 4.4 times its own weight. The Tesla Model Y is heavier than the Lexus NX in part because it is burdened with much heavier batteries.

To see the full results of the Lexus NX 450H+ crash testing done by IIHS click this link. For a comparison to the Tesla Model Y, this link is where you should start.