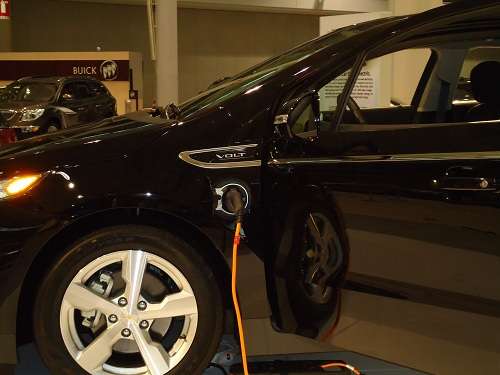 General Motors China announced today that it has signed a memorandum of understanding with an important automotive technology organization recognized by the Chinese government. The China Automotive Technology and Research Center (CATARC) will manage GM’s fleet of demonstration Volts and will assist GM China in meeting certain objectives. These will include gaining the support of key decision makers crafting vehicle electrification policy in China. CATARC will also set up demonstrations of the vehicles and hold seminars to try to determine how the Volt and other electric vehicles can address the needs of the Chinese consumer. GM China’s executive director of Electrification Strategy, Ray Bierzynski, summed up the partnership saying “It is important for us to offer those in key positions to affect policy an opportunity to experience firsthand our variety of electrification solutions for reducing the automotive industry’s dependence on petroleum.”

GM Has Roots In China
General Motors is no stranger to the Chinese automotive market. In 2011 GM sold more than 2.5 million vehicles in China. Contrast that with the entire US market which is 11 to 13 million cars sold annually. GM also employs more than 35,000 workers in China. China has driven policy decisions for US cars in recent years. For example, it is widely believed that the reason why Buick survived the cut, while Pontiac was killed off, was due to the Chinese market’s love of Buick.

Volt Sales Disappointing
Volt sales have been in the news recently for a lot of reasons. The Volt has not sold as well as GM had hoped, missing its sales goal of 10,000 cars in 2011 by about 24%. In fact, the Volt production is presently halted at the Detroit-Hamtramck plant for 5 weeks. This is despite support from President Obama and the US motor press. The Volt was even named 2012 European Car of the Year. GM has reported that the Ampera, which is the Volt’s name in Europe, has received thousands of pre-orders. That report is hard to square with the production plant being closed in the US.

Charging Stations
Electrical infrastructure to support charging of electric cars is in its infancy in the China. GM has established charging stations at its headquarters, a dealership, at a university and a couple of other locations. Of course, CATARC will be receiving one as well. The interesting thing about that is the Volt never needs to be charged while away from home. It can run indefinitely and recharge its own batteries using its on-board gasoline engine. The owner can charge the vehicle at night and then drive it the next day for about 70 miles. That reality is often lost on government officials who immediately jump at the chance to install a charging station near their headquarters as a show of support to electric vehicles. These stations may well become the video-rental stores of the next generation as the need for them seems unclear.

It is often said that all politics are local, and GM is wise to get on the ground support in China since political support is required for electric vehicles to be successful there, and everywhere.