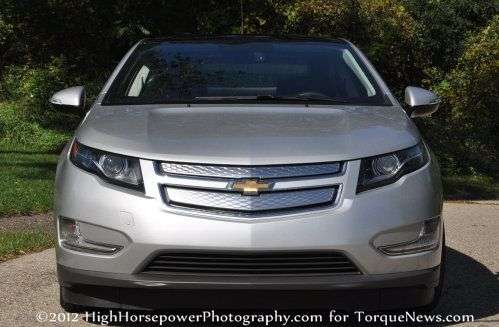 The Chevrolet Volt is has received attention from award groups around the world since being introduced late in 2011 with the latest major award coming today as it was announced on the eve of the Geneva Motor Show that the Chevrolet Volt and the Opel Ampera were jointly named the European Car(s) of the Year for 2012.
Advertisement

The Chevrolet Volt has received a long list of notable awards with the most significant being the North American Car of the Year and the World Green Car of the Year awards for 2011 but due to the delay in deliveries overseas, the group responsible for the 2012 European Car of the Year have waited until this year to give the nod to the electric Chevy (and the Opel Ampera which is mechanically identical to the Volt).

This award is decided upon in a similar fashion to the North American Car of the Year, with 59 automotive journalists from 23 European nations coming together to pick the Chevrolet Volt and the closely related Opel Ampera as their Car of the Year. The Volt and Ampera garnered 330 points in the competition – beating the closest competition by a fair margin. Second place was claimed by the Volkswagen Up! with 281 points and the Ford Focus with third in the voting with 256 points. This was a unique year for the European COTY panel as used the Geneva Motor Show to make their final decision – immediately awarding General Motors’ representatives with the title after making their decision today. Hakan Matson, the president of the European COTY panel presented the award to Opel/Vauxhall CEO Karl-Friedrich Stracke, and Chevrolet's President/Managing Director of Europe, Susan Docherty.

"It is a proud moment for us and an honor to receive this award from Europe's leading jury of automotive journalists," said Susan Docherty, President and Managing Director, Chevrolet Europe. "Our car demonstrates that electric driving can be fun and reliable without ever compromising the owners' lifestyle."

Just as is the case in the United States, the Chevrolet Volt offers capabilities offered by few vehicles in the European market for such a low price. While there are other vehicles sold in Europe that offer both the emission free driving of an electric vehicle and the endless range of a gas powered vehicle thanks to the unique Voltec drivetrain (like the Fisker Karma), those models cost far more than the Volt or the Ampera so while the likes of the Karma bring green driving to the rich and famous, the Volt and Ampera offer this electric driving without range anxiety at a much lower price.

Even though the Chevrolet Volt’s good name was briefly sullied by a nonsensical investigation that led to some new safety precautions being made to the battery system of the Voltec drivetrain, sales have grown slowly over the past few months both in the US and in Europe. Thanks to awards like the one announced today, we can expect to see the Volt continue to flourish around the world.