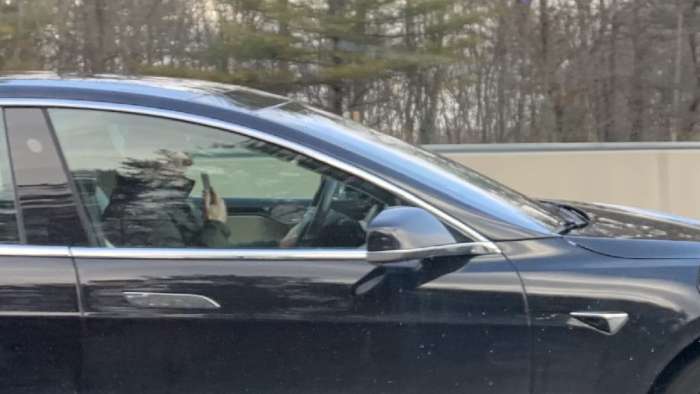 We look back on the long list of unusual Tesla crashes and wonder why Tesla’s vehicles still manage to hit things.
Advertisement

It’s been five years this week since Joshua Brown was killed in his Tesla. The vehicle failed to stop before hitting a slow-moving semi-trailer that pulled across the Tesla’s path. Following the tragic loss of life, the media and the commenters under stories seemed to focus on which children’s program the occupant may or may not have been watching when he was killed. Shouldn’t we have been asking why the vehicle’s automatic emergency braking system didn’t stop the vehicle?

Tesla Crashes Into Stationary Vehicles
Since that first fatal accident, Tesla vehicles have been involved in a number of odd crashes that seem entirely preventable, whether or not the occupant is actively or attentively engaged in driving. Many of the crashes were into large, obvious, stopped, or slow-moving objects. Firetrucks stopped at accident scenes. A concrete highway divider. Police vehicles stopped in the break-down lane. First responder vehicles with lights flashing and reflective tape all over them. Sometimes combined with flares deployed to warn approaching vehicles of danger.

Why Don't Teslas Auto-Brake?
Why do Tesla’s vehicles fail to stop themselves? Why do Tesla vehicles fail to maintain their lane and hit vehicles parked to the right of the travel lanes? Shouldn’t the vehicle’s emergency braking system detect the large, flashy object ahead and slow down or stop prior to hitting it? Shouldn’t the Tesla’s lane departure warning and assist system jar the driver’s senses with flashing lights and warning sounds before it drifted out of its lane? Shouldn’t Tesla’s roadway departure mitigation system steer the vehicle back to the center of the lane? Why didn’t these common safety systems intervene and prevent the crashes?

Related Story (2014): Deaths in Tesla Model S crash might have been prevented by common safety system

Tesla's Driver-Assist Products
Tesla presents itself as a high-technology company leading the world in advanced driver assist systems. The company chose catchy phrases to describe these systems that imply the vehicles can “drive themselves.” Tesla also claims that its cars with these systems (now standard) have a "...10 times lower chance of accident than average vehicle..." If this is true, or even somewhat true, then why doesn’t Tesla have the ability to make its cars see the large unmoving fist responder vehicles, or simply keep the vehicle in the lane? It seems that Tesla must possess this capability or how could the vehicles operate without a driver steering like we have seen Elon Musk demonstrate in interviews? How can the owners post up videos of the vehicles they own navigating and driving along with no driver inputs if Tesla's vehicles can’t see the largest intentionally visible objects on the road, or maintain the lane they are in? Other vehicle brands we test do all of these things routinely.

Recent Tesla Crash Fatalities
The most recent questions come from a double fatality. By all reports, the vehicle had no occupant in the driver’s seat. Why didn’t the vehicle stop itself if this was the case? Is there no driver’s seat occupancy sensor? That question was answered by Consumer Reports who demonstrated that there isn’t. This should be no surprise because the Tesla summon feature allows the vehicle to drive short distances with no occupant. In a nutshell, Tesla's vehicles were designed to operate with no occupant.

Having tested vehicles from multiple brands with over-sensitive lane-keeping assist as well as vehicles that detected an impending crash and stopped our vehicle at highway speeds, the fact that Tesla cars hit things that are not moving makes us wonder what’s really going on.

If you are a Tesla owner, can you explain why an advanced vehicle would not stop before hitting a stationary vehicle ahead of it? How do you square this inability with Tesla’s driver-assist systems named to imply the cars can self-drive? Is it OK with you that Teslas can operate without an attentive driver or drift out of their lane into a police vehicle parked to assist a motorist? Help us understand why these things are OK from a car company that bills itself as a safety leader.

Since the accident that killed Joshua Brown five years ago, another accident with almost identical circumstances has recently happened. After the first, second, and third time a Tesla smashed straight into a parked first responder vehicle, more crashes of that type occurred. One Tesla managed to hit not one, but TWO parked emergency vehicles. Why hasn't the "problem" been identified and corrected?

On the five-year anniversary of the death of a passionate Tesla owner and advocate, it’s worth asking some hard questions. Tesla investors, fans, and owners should be the ones demanding answers the loudest.

The list of hard to explain Tesla vehicle crashes below provides some background on the types of crashes we describe in our story for those who may need the backstory.

April 2021: Video of Tesla Model Y On Autopilot With No Driver Demonstrates Need For Government Intervention
March 2021: Another Tesla Hits Another Semi From the Side - This Time It Looks Like a Model Y
August 2020: Tesla Operated By Full Self Crashing System Hits Two Parked First Responder Vehicles - Again
July 2020 - Police: Tesla On Autopilot Hits Not One, But TWO Parked First Responder Vehicles
January 2020: Second Crash In One Month Of A Tesla Into A Parked Firetruck Results In Fatality
December 2019: Tesla Model 3 On Autopilot Hits Yet Another Police Vehicle - Why Won't They Stop?
August 2018: Third Tesla Crashes Into Back of Firetruck - That's Four Crashes Into Emergency Vehicles This Year
May 2018: Another Tesla On Autopilot Hits Another Emergency Vehicle - You Can't Make This Stuff Up
January 2018: Tesla Police Blotter News - Tesla Driver Hits Parked Firetruck - Blames Autopilot
July 2016: Understanding the fatal Tesla accident on Autopilot and the NHTSA probe