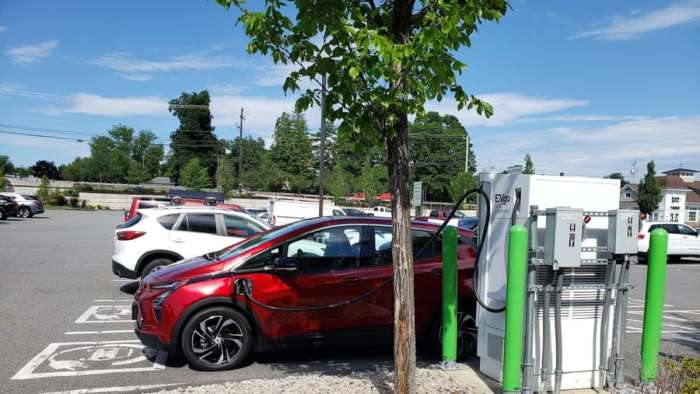 Public EV charging can be ridiculously expensive. Here is what we paid to add 34 miles to a new 2022 model year EV at an EVgo charger.
Advertisement

Charging an electric vehicle in public can range in price from free to very expensive. When we recently charged a new 2022 Chevrolet Bolt at an EVgo DC fast charger (DCFC) in Bedford, NH, we discover the pricey end of the spectrum can be more than it would cost to fuel a "gas-guzzling" V8-powered muscle car.

$10.15 To Add 34 Miles of EV Range
We charged up a Chevy Bolt using the EVgo DC fast charger, and the bill was $10.15. That amount of money added 34 miles of range to the Bolt. So, the cost per mile of energy was 30 cents per mile. Let’s compare that to a 2021 Dodge performance car we tested the prior week. 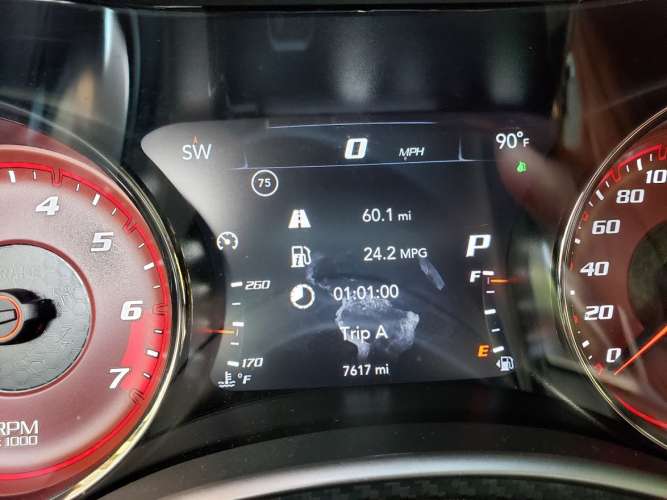 The Dodge had 797 hp, and it returned a combined fuel mileage of 24 MPG in our use on the same route we tested the Bolt. We paid $2.90 per gallon for the gasoline it uses. Doing some “goes in’tahs,” the cost per mile for energy in the muscle car turns out to be 12 cents. Thus, the cost per mile to energize the Bolt was roughly triple what the V8 gas-powered car cost us. 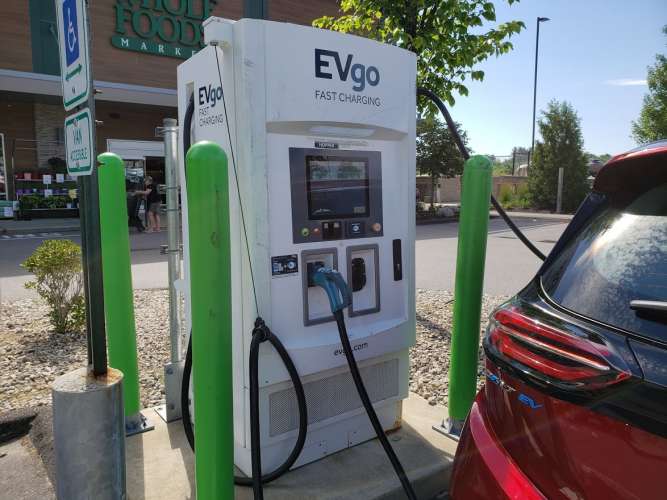 Charging Etiquette
When charging in public one is supposed to quit charging when one’s EV reaches 80% state of charge. The reasons for this are two-fold. First, the rate at which charge can be added to an EV battery is more rapid below 80% and much more time-consuming as the battery reaches full. Second, EV chargers are in very short supply. We need to ration them.

On my route from the metro Boston area to the lakes region of New Hampshire, there are exactly zero public DC fast chargers. In order to charge at a DCFC, I took a slightly longer by time route to swing by one of only two DCFC charging spots in that area. Google “Henniker NH DC Fast Chargers” if you want to see what I mean about no chargers. I needed to top-off in order to complete the 200+-mile route I was making. So, I broke charger etiquette, and I charged to full.

I also charged at the DCFC because I wanted to test my EVgo membership RFID card and account and see how long the DCFC took to add back miles. Both were successful tests.

Charging For Free
Coincidental to my test, GM was running a free-to-charge promotion day during the week I had the Bolt. I think free anything is great, but I always wonder, what’s the hidden agenda? If charging up an EV is very affordable anyway, why does there need to be a promotion to make it “free?” If Dodge offered free gas to muscle car owners, I suppose folks would jump at the chance for a free fillup. But why make EV charging free? 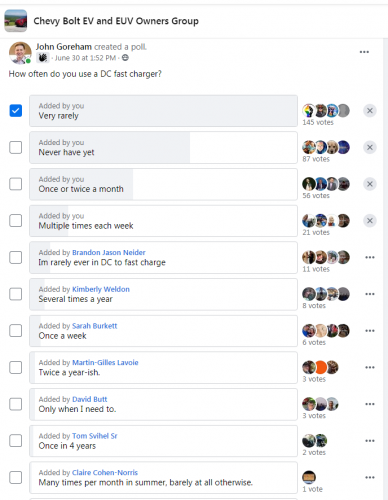 The answer is to get EV owners to the chargers and have them try out the experience. You see, when we poll owners of EVs, most report that they only charge at home, and almost none report using DC fast chargers.
When I plugged into the EVgo DC fast charger, I hadn’t thought about the cost. After all, we constantly hear how affordable EVs are to power up. I have done the math at my own home, and I know that the cost is typically about five to seven cents per mile of range I add back on my home charger using my relatively pricey Boston-area electricity. $10.15 for just 34 miles was a “shock.” Get it, shock. Bet you never heard that in an EV story before.

Feel free to tell us in the comments below what you typically pay to charge in public at a DC fast charger and how that cost compares to your cost at home.